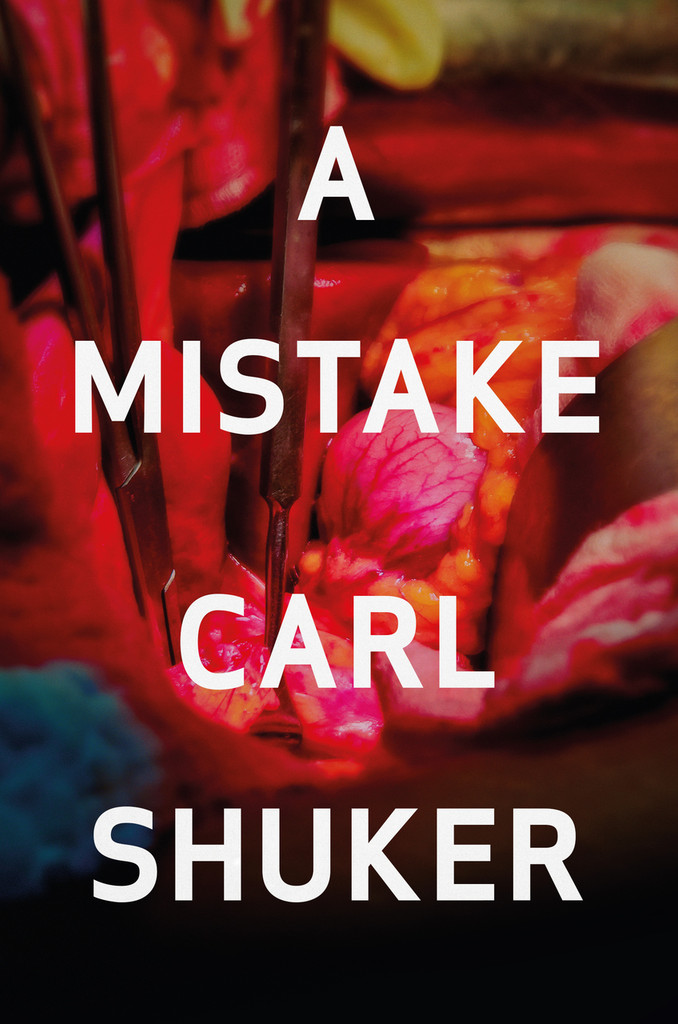 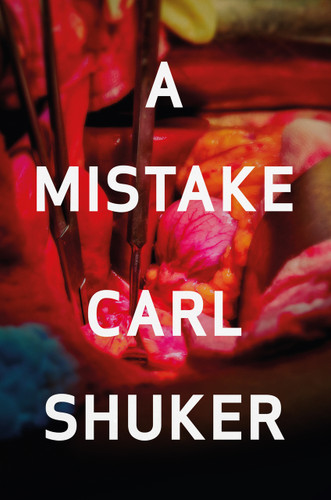 Elizabeth Taylor is a surgeon at a city hospital, a gifted, driven and rare woman excelling in a male-dominated culture.

One day, while operating on a young woman in a critical condition, something goes gravely wrong.

A Mistake is a compelling story of human fallibility, and the dangerous hunger for black and white answers in a world of exponential complication and nuance.

‘You’d think Carl Shuker couldn’t get any better, but A Mistake is the novel at its visceral and emotional best. This is the most compelling book I’ve read in years. It pulls you along at breakneck speed through questions of failure, exposure and manners. Shuker reinvents the form with every novel and A Mistake is a masterpiece which feels more like a body than a book – the life pumps and glugs and flexes inside its pages.’ —Pip Adam

'A Mistake is a razor sharp and compelling novel from a singular, sophisticated literary voice in contemporary New Zealand fiction.' —Kiran Dass, Time Out

'In Carl Shuker's novel, an operation in a Wellington hospital goes horribly wrong under the supervision of Elizabeth Taylor, a capable, ambitious female surgeon. A Mistake is a masterful dissection of truth and fallibility, hubris and high-minded sexism, in the form of a literary thriller. This sharp-eyed, sharp-elbowed tale seamlessly combines a close observer's understanding of medicine and its political machinations with keen social observation and rare storytelling nous.' —Judges' comments, Ockham NZ Book Awards

'Shuker’s accomplished novel raises many questions. His novel will linger with you long after you have finished the last page.' —Richard von Sturmer, The Spinoff

Carl Shuker is a former editor at the British Medical Journal and the author of four novels – The Method Actors (Shoemaker & Hoard, 2005), winner of the Prize in Modern Letters in 2006; The Lazy Boys (Counterpoint, 2006); Three Novellas for a Novel (2008; Mansfield Road Press, 2011) and Anti Lebanon (Counterpoint, 2013). He lives in Wellington with his wife and two children.