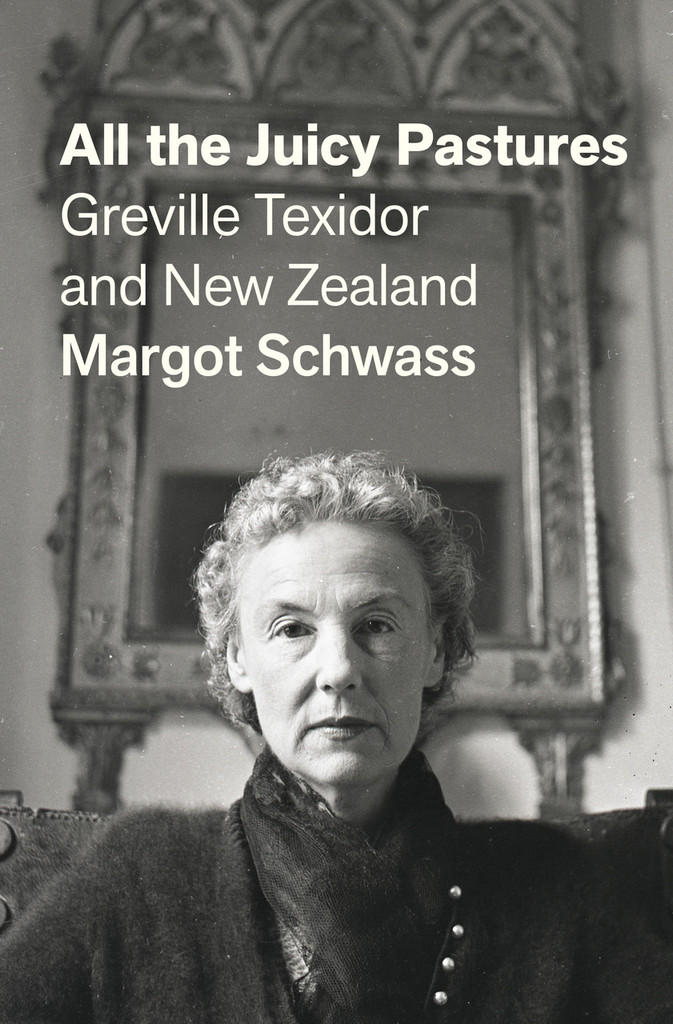 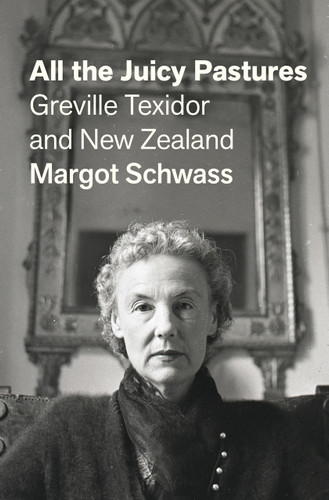 All The Juicy Pastures: Greville Texidor and New Zealand

Greville Texidor – one-time Bloomsbury insider, globetrotting chorus-line dancer, former heroin addict, anarchist militia-woman and recent inmate of Holloway Prison – became a writer only after arriving in New Zealand as a refugee in 1940. First in remote Paparoa, and then on Auckland’s North Shore as a central member of Frank Sargeson’s circle of writers and intellectuals, she recalled many of the events of her life in the novella These Dark Glasses and a dazzling series of stories.

After Texidor left New Zealand for Australia and Spain in 1948 she continued to write but finished little. She died by her own hand in 1964. Her published and some unpublished fiction was collected in 1987 in In Fifteen Minutes You Can Say a Lot.

All the Juicy Pastures tells the story of Greville Texidor’s extraordinary life in full for the first time, and puts her small but essential body of work in vivid context. Illustrated with many never-before-seen photographs, it restores an essential New Zealand writer to new generations of readers.

Margot Schwass is a Wellington-based writer and editor who has worked in publishing, universities and the public sector. She has a PhD in English from Victoria University of Wellington.  Based on research and interviews undertaken in Spain, Australia and New Zealand, All The Juicy Pastures is her fourth non-fiction title.