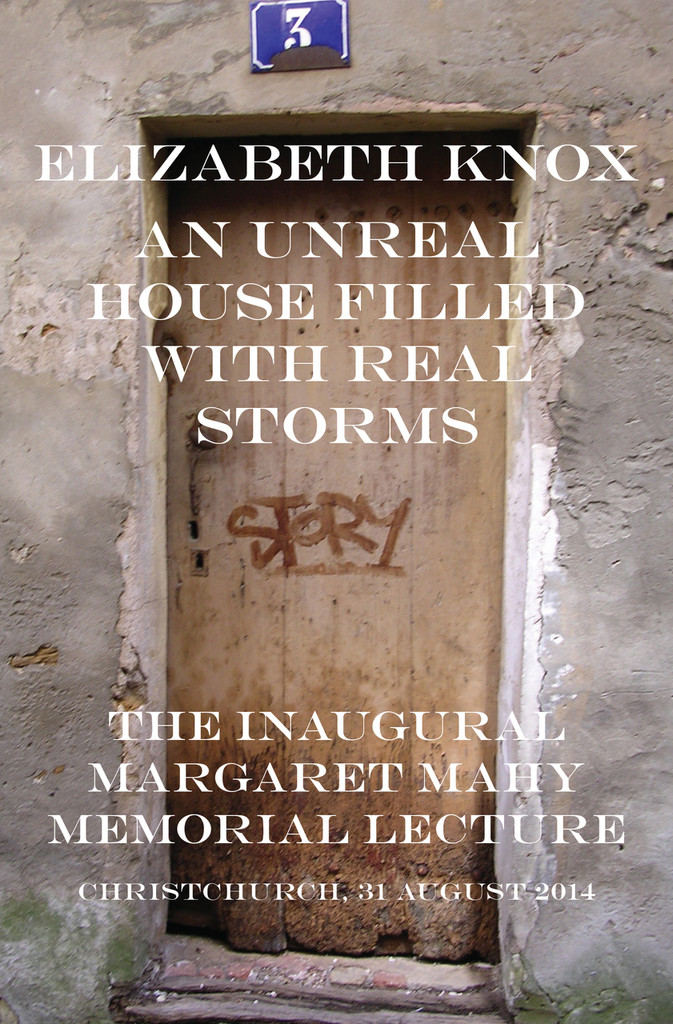 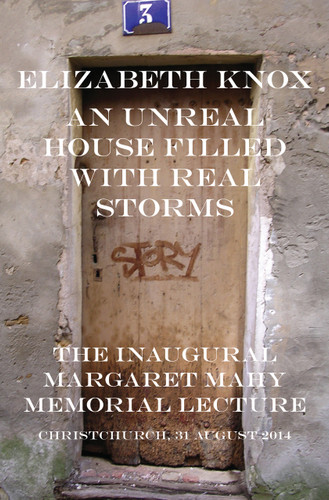 An Unreal House Filled with Real Storms was presented as the Inaugural Margaret Mahy Memorial Lecture at the WORD Christchurch Writers and Readers Festival on 31 August 2014. The audience reaction to the lecture was electrifying.

The Margaret Mahy Memorial Lecture honours the memory of one of New Zealand’s greatest writers.

Margaret Mahy (1936–2012) was the author of more than 100 picture books, 40 novels and 20 collections of short stories for children and young adults. Her many awards include the Carnegie Medal twice, for The Haunting (1982) and The Changeover (1984), and the Hans Christian Andersen Medal for her ‘lasting contribution to children’s literature’, and she was a Member of the Order of New Zealand. Many of her stories have strong supernatural elements but her writing concentrates on the themes of human relationships and growing up.

Elizabeth Knox is the author of 12 novels, including The Vintner’s Luck (1999 Deutz Medal for Fiction, 2001 Tasmania Pacific Region Prize) and its sequel The Angel’s Cut, and most recently Wake (2013); a trilogy of autobiographical novellas, The High Jump; and a collection of personal essays, The Love School. The second part of her Dreamhunter Duet, Dreamquake, won an American Library Association Michael L. Printz Honor Award for Young Adult Literature in 2008. Her third novel for young adults, Mortal Fire, was shortlisted for the LA Times Book Awards, and won the 2014 NZ Post Book Award for Young Adult Fiction. Elizabeth was made an Arts Foundation Laureate in 2000 and an Officer of the New Zealand Order of Merit in 2002, and was awarded the 2014 Michael King Writer’s Fellowship. She lives in Wellington.

Not Her Real Name