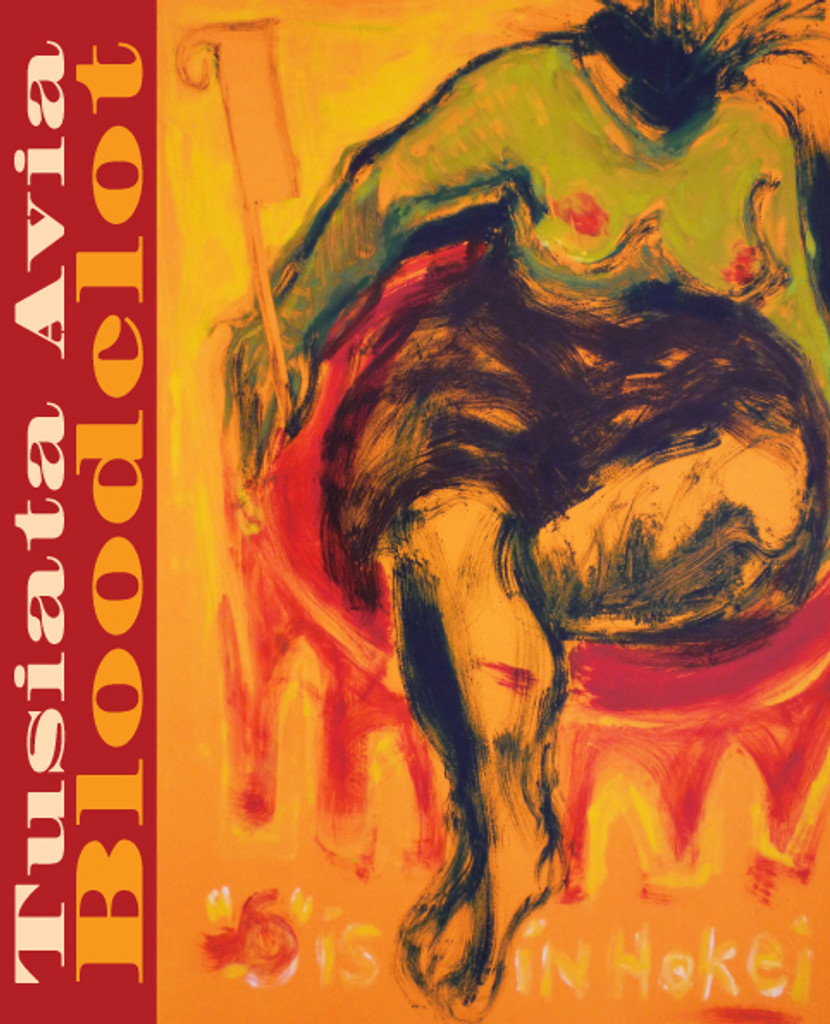 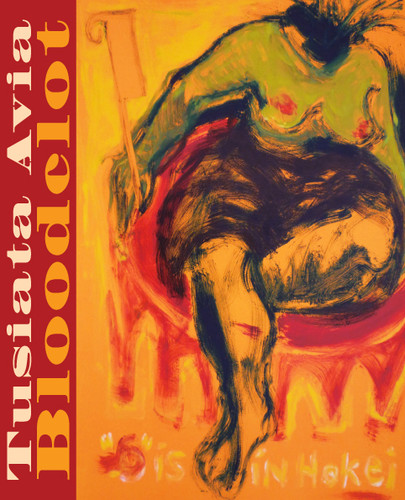 She came into the world as a bloodclot
Her mother was a twin
Her father was an eel
They hid her in the Earth
And O, how magnificent she was.

Nafanua, the Samoan goddess of war leaves the underworld to wander the earth as a half-caste girl from Christchurch.

Bloodclot is the astonishing new auto-mythographical book by the author of Wild Dogs Under My Skirt.

'At turns satiric and surreal, mixing ancient lore with modern perception, Avia has set herself an ambitious undertaking in this new and comprehensive work. Sometimes funny, at others frightening, the central figure of the story manages to survive a turbulent upbringing to tell the tale with much imaginative power and candid, brutal, yet beautiful, narration. Some of the imagery and conceits are startling while the language is frank and forceful. This is a tour de force.' —Peter Dornauf, Waikato Times

'Avia has crafted words together – a mix of Samoan, Samoan vernacular, delicious phrases – in a way that makes a character matter and the world gloriously sticky, disconcerting, familiar, poignant.' —Paula Green, NZ Herald

Tusiata Avia was born in Christchurch in 1966, of Samoan descent. An acclaimed performance poet, her work has also been published in various literary journals. She has written and performed in radio dramas for Radio New Zealand and has published two children's books, The Song and Mele and the Fofo. She completed an MA in Creative Writing at VUW in 2002, the same year that she premiered her solo stage show, Wild Dogs Under My Skirt. Her first collection of poetry, also titled Wild Dogs Under My Skirt, was published by VUP in 2004. In 2005 Tusiata was awarded the prestigious Fulbright-Creative New Zealand Pacific Writer's Residency at the University of Hawai'i.