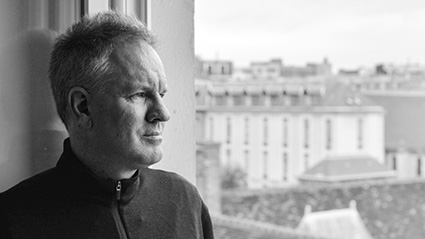 Along with Robyn Marsack, Andrew edited Twenty Contemporary New Zealand Poets which was published by Victoria University Press and Carcanet in 2009.

Born in Upper Hutt in 1963, Andrew studied at Otago University and Auckland University. From 1991 until 1996 he edited the books page of The Evening Post, which was twice awarded the prize for best New Zealand books page. In 1995 he was New Zealand's representative at the University of Iowa's International Writing Program.

For 11 years Andrew worked for the International Herald Tribune in Paris. He is now a freelance editor and trainer for United Nations agencies and non-government organisations.

More information, and a selection of his poems, essays, articles and reviews, can be found on his website.