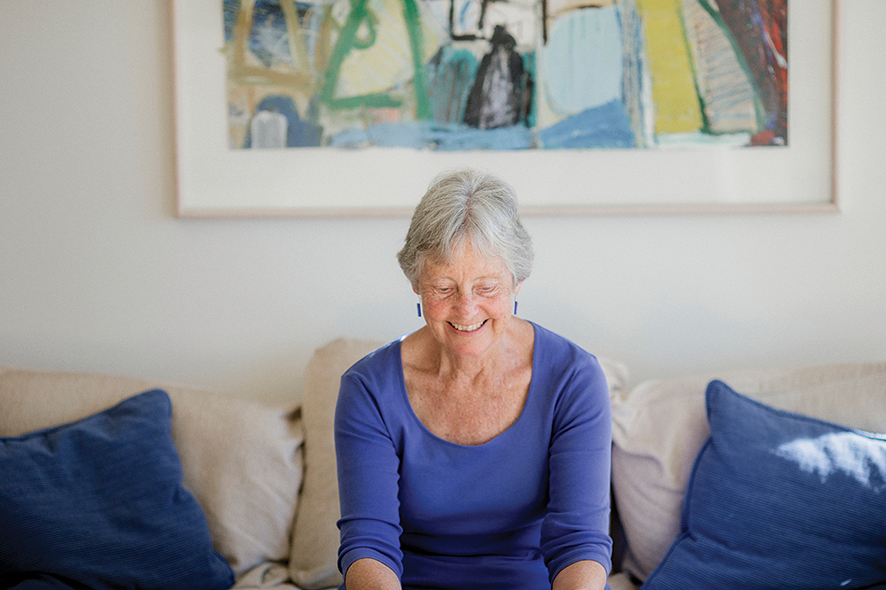 Dinah Hawken was born in Hawera in 1943 and now lives in Wellington, New Zealand. She trained as a physiotherapist, psychotherapist and social worker in New Zealand and the United States and has worked as a student counsellor and writing teacher at Victoria University of Wellington.

Most of the poems in her first collection It Has No Sound and Is Blue were written during a three-year period in New York in the mid-1980s while she was studying for a Master of Fine Arts in Creative Writing at Brooklyn College and working with the homeless and mentally ill.

She is the author of seven books, most recently Ocean and Stone (2015). It Has No Sound and Is Blue won the 1987 Commonwealth Poetry Prize for ‘Best First Time Published Poet’. Other titles include Small Stories of Devotion (1991), Water, Leaves, Stones (1995) and Oh There You Are Tui (2001), which collects the majority of the poems from her earlier books along with a substantial group of new poems.

One Shapely Thing: Poems and Journals was published in April 2006. It was one of three titles shortlisted for Poetry in the Montana New Zealand Book Awards 2007.

Dinah was named the 2007 winner of the biennial Lauris Edmond Award for Distinguished Contribution to Poetry in New Zealand.

In 2008 she was commissioned by Chamber Music NZ to write seven poems for a New Zealand performance of Haydn's ‘Seven last words from the cross,’ to be toured by the New Zealand String Quartet in 2009.

It has No Sound and is Blue

Oh There You Are Tui! New and Selected Poems

There Is No Harbour