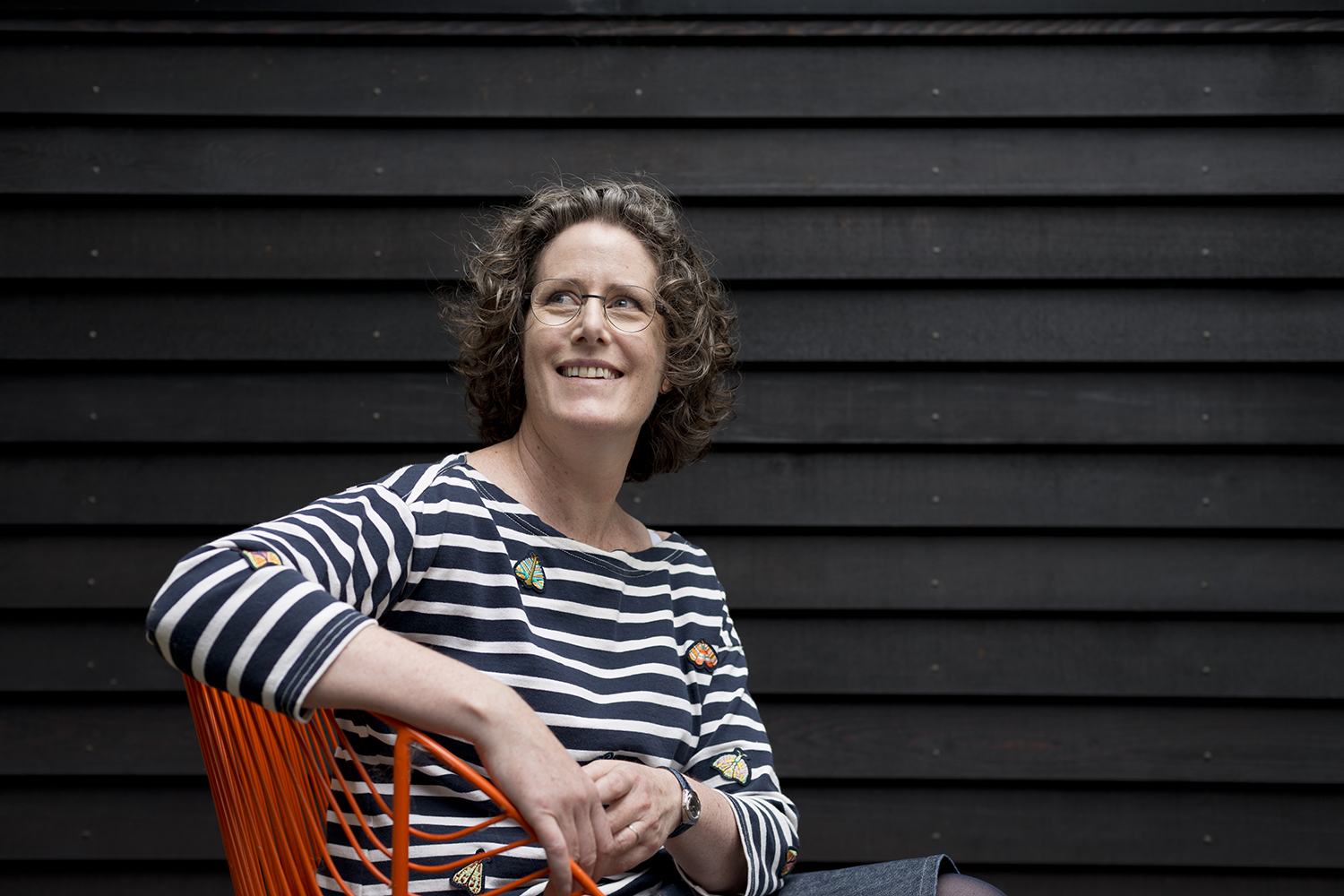 Poet, essayist and literary commentator Kate Camp was born in 1972 and lives in Wellington. Widely anthologised and critically acclaimed, she is the author of seven collections of poetry with VUP: Unfamiliar Legends of the Stars (1998), Realia (2001), Beauty Sleep (2005), The Mirror of Simple Annihilated Souls (2010), Snow White’s Coffin (2013), The Internet of Things (2017) and, her most recent, How to Be Happy Though Human: New and Selected Poems (2020), published simultaneously in Canada and the United States by House of Anansi Press.

Kate’s first collection, Unfamiliar Legends of the Stars, won the NZSA Jessie Mackay Award for Best First Book of Poetry at the 1999 Montana NZ Book Awards. Her fourth, The Mirror of Simple Annihilated Souls, won the 2011 NZ Post Book Awards Best Book of Poetry. Kate is the recipient of many other prestigious awards, including the 2011 Creative New Zealand Berlin Writers’ Residency and the 2017 Katherine Mansfield Menton Fellowship. Her poems have appeared in magazines and journals in New Zealand and internationally, including Best New Zealand Poems, Heat (Australia), Poetry (US), Brick (Canada), Akzente (Germany) and Qualm (England).

For twenty years she was the voice of Kate’s Klassics, monthly conversations on classic literature with RNZ’s Kim Hill. Kate’s Klassics, a collection of essays based on the Saturday radio segment, was published by Penguin in 2007. Kate is also the author of the essay On Kissing (Four Winds Press, 2002).

‘When I yell at North Americans about how we, too, should be reading the living poets of Aotearoa / New Zealand, Kate Camp is one of the poets I have in mind. She’s one of the poets, too, who’s so amazing because  she doesn’t yell: she’s patient with the world and with its seagulls, attentive to the injustice and the kindness and the frustration we can share with one another, if we’re lucky, anyway. What if Elizabeth Bishop had more friends, and more encouragement early on? What if  “sports fields built on rubbish dumps” became safe places to play? What if, in an exquisite pun, we could see “cranes like cranes”? Here are the land and the sea, the children and the grownups too, both as they are and as we wish they could be: here is “the so-called outside world”, and here is its wonderfully sensitive, fluently understated poet, “absolutely fluent . . . yet somewhat on fire”. —Stephanie Burt

'In these poems, selected from her six previous volumes with the addition of sixteen new poems, tone is everything: bemused, ruminative, wistful, wise – and always I hear my malaise hurrying near. The smouldering slow burn, the curdled idealism, the salvation army assembly of humorous perceptions: a virtuoso display. Each poem’s like a bumper ride in a fairground, crashing into obstacles, at once jarring and exhilarating.' —David Eggleton, Academy of NZ Literature

‘A wild, imaginative energy flares throughout the collection. Kate Camp is a fearless writer. We loved seeing her at full strength, pushing the boundaries of her art.’ —New Zealand Post Book Awards Jury Citation on Snow White’s Coffin

‘An exceptionally fine poet who deserves an international readership . . . Camp’s voice is undeniably her own: wry, sympathetic, affable, deadpan . . . [Camp is] aware that her poems must exist within a continuum of thoughtful, civilized art and philosophy while remaining loyal to the eccentricity and value of lived experience . . . An exceptional collection.’ —Kevin Connolly, Brick, on The Mirror of Simple Annihilated Souls

‘The hallmarks of Camp’s earlier writing are still present: irreverent humour, the tough springy style, the swift changes in viewpoints. But one senses a sea change is taking place. With a more sombre atmosphere, a steadier pace, and an increasingly confident linguistic control, this is poetry of true maturity.’ —Sarah Quigley, NZ Listener, on The Mirror of Simple Annihilated Souls

The Mirror of Simple Annihilated Souls