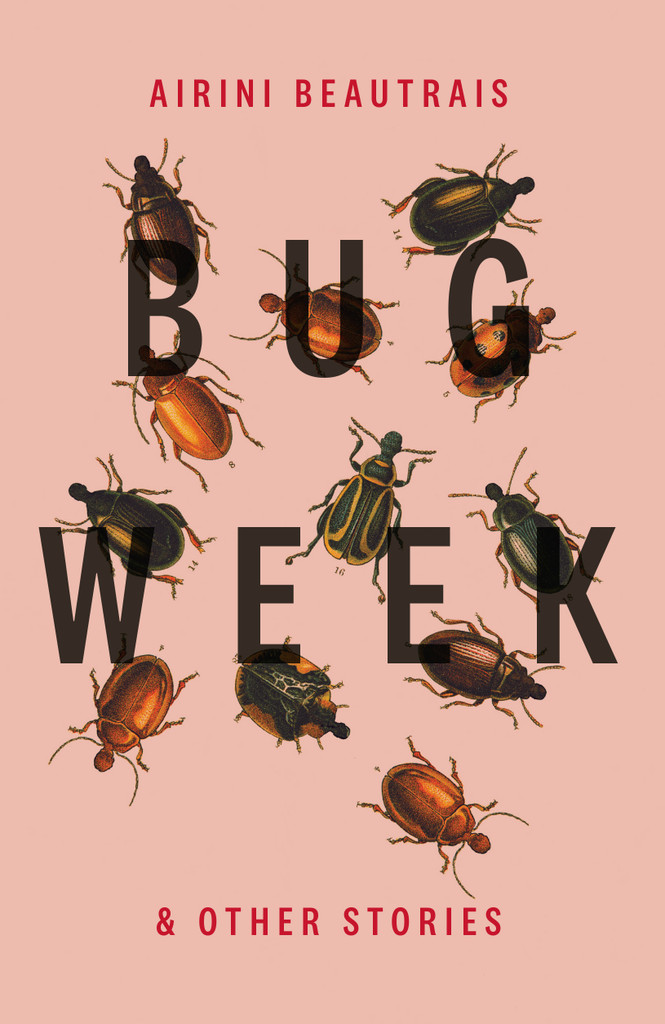 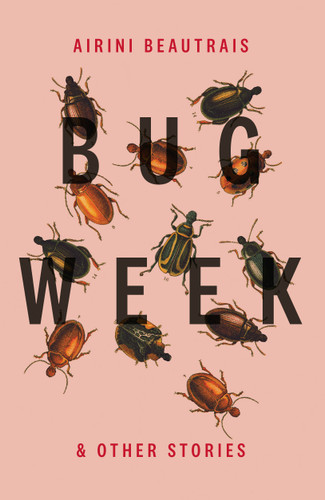 A science educator in domestic chaos fetishises Scandinavian furniture and champagne flutes. A group of white-collar deadbeats attend a swinger’s party in the era of drunk Muldoon. A pervasive smell seeps through the walls of a German housing block. A seabird performs at an open-mic night.

Bug Week is a scalpel-clean examination of male entitlement, a dissection of death, an agar plate of mundanity. From 1960s Wellington to post-Communist Germany, Bug Week traverses the weird, the wry and the grotesque in a story collection of human taxonomy.

'The collection focuses on relationships in a wry, somewhat cynical manner that provides both recognition and humour for the reader, and the author's talent as a poet is also in evidence in some impressive passages. . . . Stories of this quality are a pleasure to read and I look forward to more from this talented, often acerbic, writer.' —Owen Marshall, Newsroom

Airini Beautrais was born in Auckland in 1982. Her work has appeared in a range of journals and anthologies in Aotearoa and elsewhere. She is the author of four collections of poetry, most recently Flow: Whanganui River Poems (VUP, 2017). Her first collection, Secret Heart (VUP, 2006), won the Jessie Mackay Award for First Book of Poetry at the 2007 NZ Book Awards. In 2016 she won the Landfall Essay Prize. She has also been a judge for a number of awards, including the 2018 Ockham NZ Book Awards. She lives in Whanganui with her two sons and two cats.