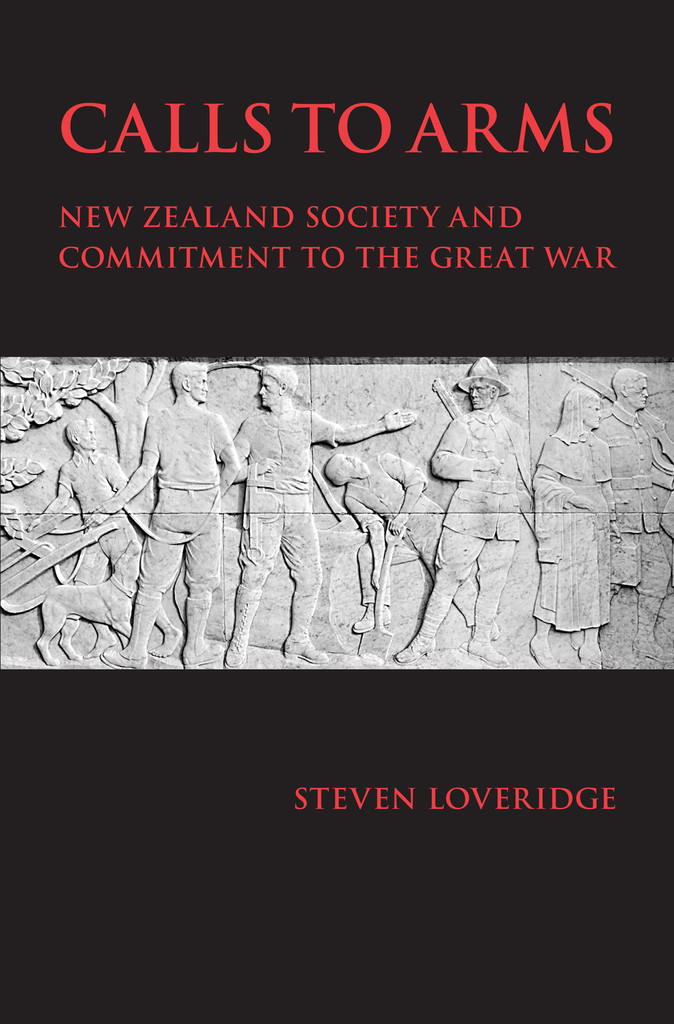 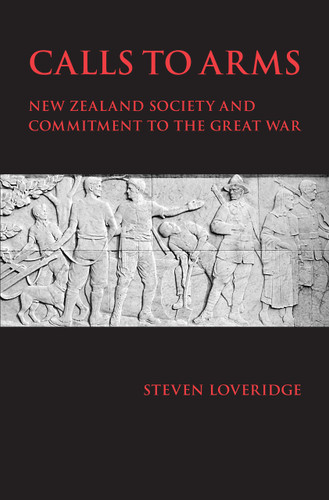 Calls to Arms: New Zealand Society and Commitment to the Great War

During the First World War, New Zealand society committed itself to a war effort the intensity of which can be glimpsed in the wealth spent, the extraordinary legislation passed, the emotions evoked and the enlistment of near 10 per cent of the country’s population in the armed forces. It is sometimes presumed that this commitment reflects general wartime hysteria or the effects of imposed propaganda – with all the manipulative trickery that that term implies.

Calls to Arms takes a different view, and considers this commitment as emblematic of deeper cultural sentiments and wider social forces which were marshalled in a cultural mobilisation: a phenomenon whereby cultural resources were mobilised alongside material resources. Many pre-existing social dynamics, debates, orientations, mythologies, values, stereotypes, and motifs were retained, but redeployed, in response to the war.

By exploring this process, Calls to Arms sets New Zealand’s military involvement in a broader context and enriches our historical understanding of the society which entered and fought the Great War.

Dr Steven Loveridge was born and raised in New Zealand, resides in Wellington, and spends altogether too much time in the past. He graduated with a PhD in history from Victoria University, has taught courses on the First World War, and has written several scholarly publications on aspects of New Zealand’s experience of the war.

Cover: Detail of bas-relief on the Wellington Centotaph by Richard Oliver Gross