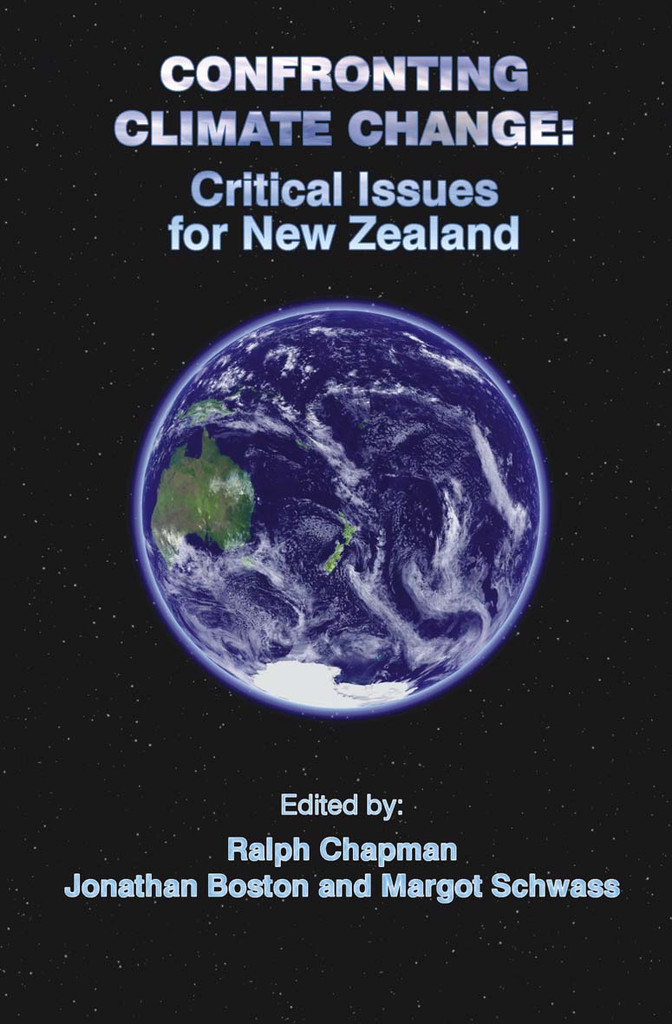 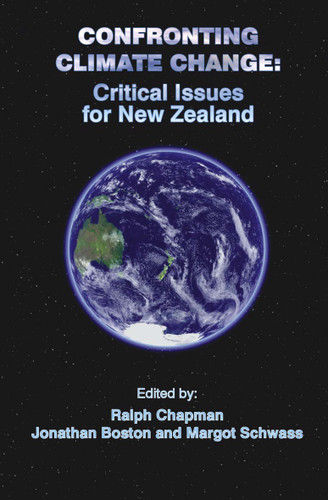 The debate on the science is over. Climate change is real; it is happening even faster than previously thought and it is powerfully influenced by human activities.

As events like Hurricane Katrina, the shrinking of ice-caps and the calamitous 2003 European heatwave remind us, climate change is not a future threat: it already profoundly affects the world we live in. Scientific evidence shows that dangerous climate change can only be averted through concerted global action  not in 30 years time, but over the coming decade. Bold policies, informed public debate and decisive political leadership are critical, yet many countries  New Zealand among them  have been slow to act.

With contributions by more than 30 leading scientists and policy experts, from New Zealand and elsewhere, this book will increase public understanding about climate change and help to develop robust, effective policies. It presents the latest scientific evidence, examines the likely impacts of climate change on New Zealand and the Pacific, and outlines a range of policy solutions. It is based on a major Climate Change and Governance Conference held in Wellington in March 2006.

The overwhelming message is one of urgency, but also optimism: it is not too late to make a difference.

... this book drives home a strong message that climate change is real and happening at a cracking pace, even if US President George Bush would have us believe otherwise. Written in a down-to-earth and sharp style it outlines in detail the problems facing New Zealand and how they would best be dealt with. ...If you are one of those people who has taken a view that climate change won't affect you this book will make you sit up and take notice.
INDEPENDENT FINANCIAL REVIEW

Thirty-three people contribute to this book, scientists and some policy experts, most of whom were participants in a March 2006 Victoria University conference on climate change and governance. The book seeks a wider audience for the issues they explored. It provides a comprehensive coverage of the science and the public policy implications of this supremely important subject. The focus is on New Zealand but in the context of the global crisis. WAIKATO TIMES

The issue of climate change and what to do about it has lately moved from the back roads of the political landscape to the highway.That imparts an extra timeliness to this collection of 29 contributions to a two-day conference held at Te Papa last March to debate what is one of the great issues of our day. It is hard to think of another area of science in which people who are not practitioners of that science get as dogmatic and heated as they do about the climate. There are, however, scientists who are entitled to be listened to on this matter, and several of them contributed to the conference and the book. NZ HERALD

Ralph Chapman has worked extensively on climate change issues with New Zealand government agencies and international bodies, and was part of New Zealands negotiating team for the Kyoto Protocol. He is Associate Professor and Director of the Graduate Programme in Environmental Studies at Victoria University of Wellington.

Jonathan Boston is Professor of Public Policy and Deputy Director of the Institute of Policy Studies at Victoria University. He has published widely on public management, social policy, comparative government and New Zealand politics.

Margot Schwass is a Wellington writer and editor who has worked in fields including international development, environmental policy, urban design and public sector management

Village Transformed, The: Aspects of Change in New Zealand 1900-1990

Towards Democratic Renewal: Ideas for constitutional change in New Zealand