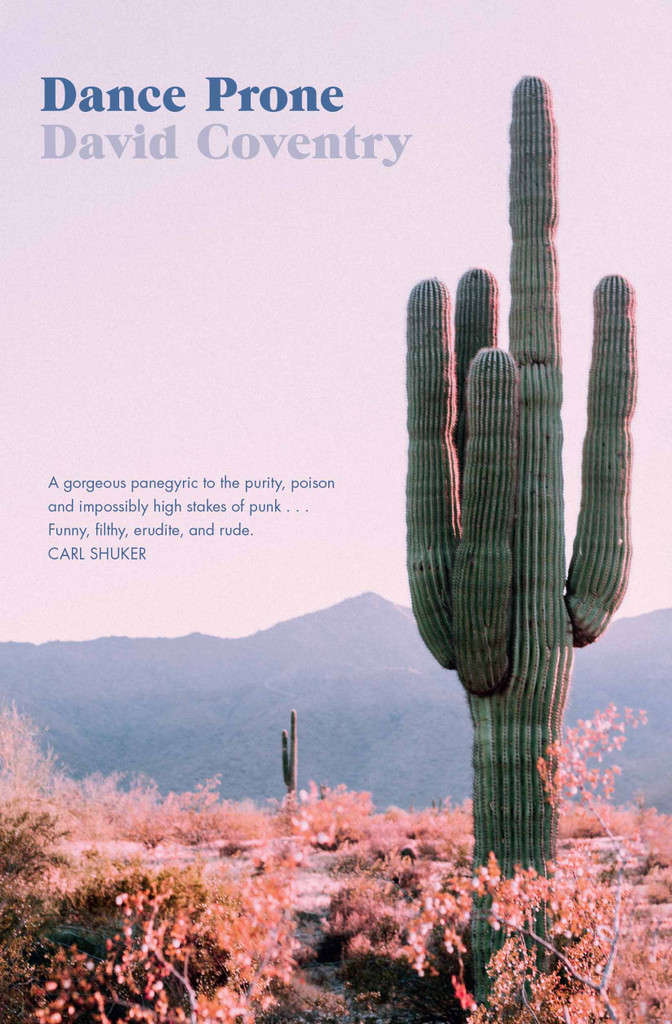 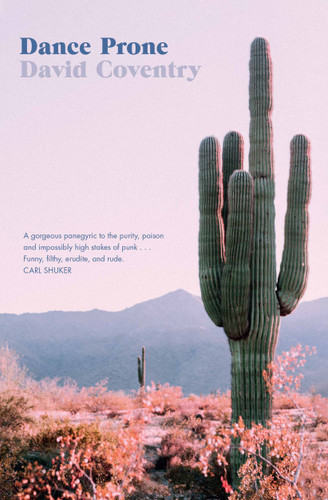 During their 1985 tour, two events of hatred and stupidity forever change the lives of a band’s four members. Neues Bauen, a post-hardcore Illinois group homing in on their own small fame, head on with frontman Conrad Wells sexually assaulted and guitarist Tone Seburg wounded by gunshot. The band staggers forth into the American landscape, investigating each of their relationships with history, memory, authenticity, and violence.

With decades passed and compelled by his wife’s failing health to track down Tone, Conrad flies to North Africa where her brother is rumoured to be hiding with a renowned artist from their past. There he instead meets various characters including his former drummer, Spence. Amongst the sprawl and shout of Morocco, the men attempt to recall what happened to them during their lost years of mental disintegration and emotional poverty.

Dance Prone is a novel of music, ritual and love. Set simultaneously during the post-punk period and the narrative present of 2019, Dance Prone was born out of a love of the underground and indie rock scenes of the 1980s, a fascination for their role in the cultural apparatus of memory, social decay and its reconstruction.

‘What a brute fucken show, man. David Coventry’s new novel is a gorgeous panegyric to the purity, poison and impossibly high stakes of punk. A young band of fleeting genius tours the living rooms and crappy bars of mid 80s US before imploding in violence and horror. Dance Prone captures that thing about beautiful doomed brilliance sanctified by its miniature life expectancy. It’s funny, filthy, erudite, and rude, like LCD Soundsystem’s ‘Losing My Edge’ as retold by the mid-period DeLillo of The Names and Mao II.’
—Carl Shuker, author of A Mistake

‘A feverish phantasmagoria of intrigue, Dance Prone is a high-tension wire headrush of punk rock, romance and displacement. It bristles with atmosphere and brutal energy.’
—Kiran Dass

David Coventry was born in 1969 and lives in Wellington with his wife, the novelist Laura Southgate. Published in over fifteen countries, Coventry’s debut, The Invisible Mile, was described as ‘one of the most gruelling novels about sport ever written’, one which ‘immediately places David Coventry among the elite of New Zealand authors’, and won the Hubert Church Award for Best First Book at the 2016 Ockham New Zealand Book Awards. He received his MA in 2010 from the International Institute of Modern Letters at Victoria University of Wellington where he is currently working on a PhD.