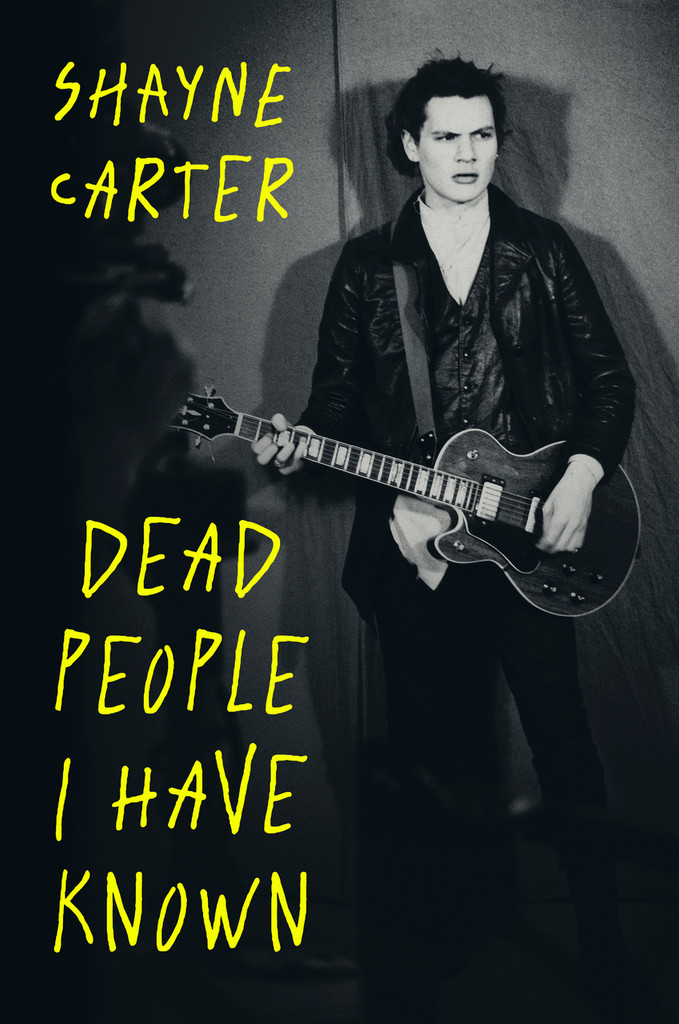 Dead People I Have Known

When we crashed over the line two and a half minutes later, there was a short, disbelieving silence and I could feel my knee trembling behind its sarcastic ‘Disco’ patch. A song I’d written had just been played to the finish, and what’s more, it hadn’t sounded weak, or delusional—it had, in fact, kicked.

I backed down from the mic. Here was a new world of sound. Its sky was borderless, and its horizon curled off a previously flat earth. I’d been given a virtual super power and a flame to shoot from my fingers.

In Dead People I Have Known, the legendary New Zealand musician Shayne Carter tells the story of a life in music, taking us deep behind the scenes and songs of his riotous teenage bands Bored Games and the Doublehappys and his best-known bands Straitjacket Fits and Dimmer. He traces an intimate history of the Dunedin Sound—that distinctive jangly indie sound that emerged in the seventies, heavily influenced by punk—and the record label Flying Nun.

As well as the pop culture of the seventies, eighties and nineties, Carter writes candidly of the bleak and violent aspects of Dunedin, the city where he grew up and would later return. His childhood was shaped by violence and addiction, as well as love and music. Alongside the fellow musicians, friends and family who appear so vividly here, this book is peopled by neighbours, kids at school, people on the street, and the other passing characters who have stayed on in his memory.

We also learn of the other major force in Carter’s life: sport. Harness racing, wrestling, basketball and football have provided him with a similar solace, even escape, as music.

Dead People I Have Known is a frank, moving, often incredibly funny autobiography; the story of making a life as a musician over the last forty years in New Zealand, and a work of art in its own right.

'. . . a fascinating look at what it means and how it feels to be a creative obsessive — pushing towards perfection despite and because of addiction, oblivion and isolation. It is rock-star writing: entertaining, revealing and incredibly heartfelt.' —Judges' comments, Ockham NZ Book Awards

Man of the People, A