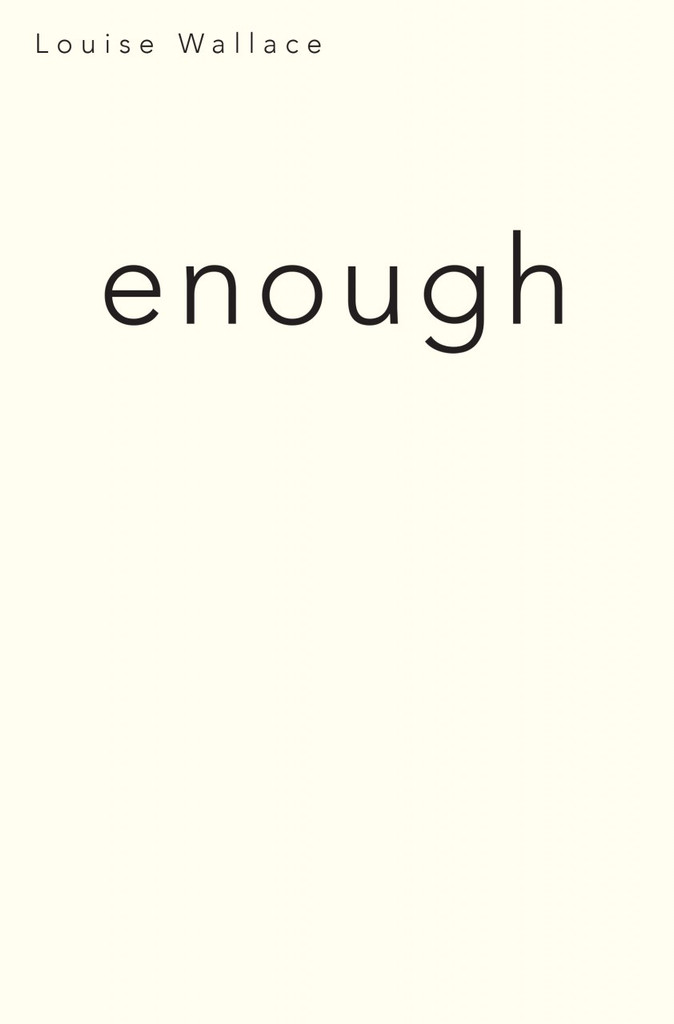 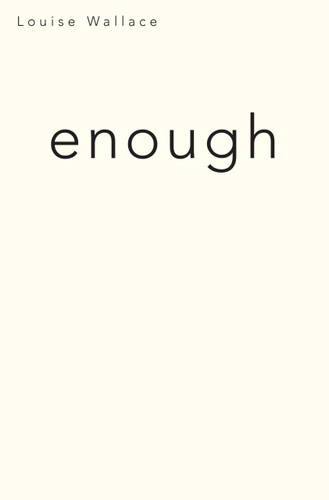 The boy coughed as he and his father walked down the cobbled street. ‘Enough,’ the father said, and rested his hand on his son’s shoulder. But the pleading in his voice and the darkness that had come to nestle underneath his eyes wasn’t enough, and the boy coughed again. The cough rattled in the father’s ears like an empty mosque. The boy coughed again and this cough rose up from the street, over the rows of orange roofs. The cough joined with other coughs, the coughs of a thousand whistling and wheezing children, and the father realised nothing would ever be enough, that he would never again experience that truly restful sleep he had once so blindly bathed in.

Enough is a book about moving to the South Island, about the gestation of a difficult second book, about teaching writing, about imagining other lives from their Internet traces, about the aging of loved ones, and about looking forward. Disarmingly direct and apparently artless, Enough delivers on the promise of Louise Wallace’s acclaimed debut, Since June.

Louise Wallace grew up in Gisborne and now lives in Wellington. Her poems have been published in literary journals in New Zealand, Australia, Germany and the US. In 2015 she was the Robert Burns Fellow at the University of Otago, Dunedin. In 2016 she represented New Zealand at the Mexico City Poetry Festival. She is the founder and editor of Starling, an online journal publishing the work of young New Zealand writers. Bad Things is her third poetry collection, following Since June and Enough. She is the founder and editor of Starling.