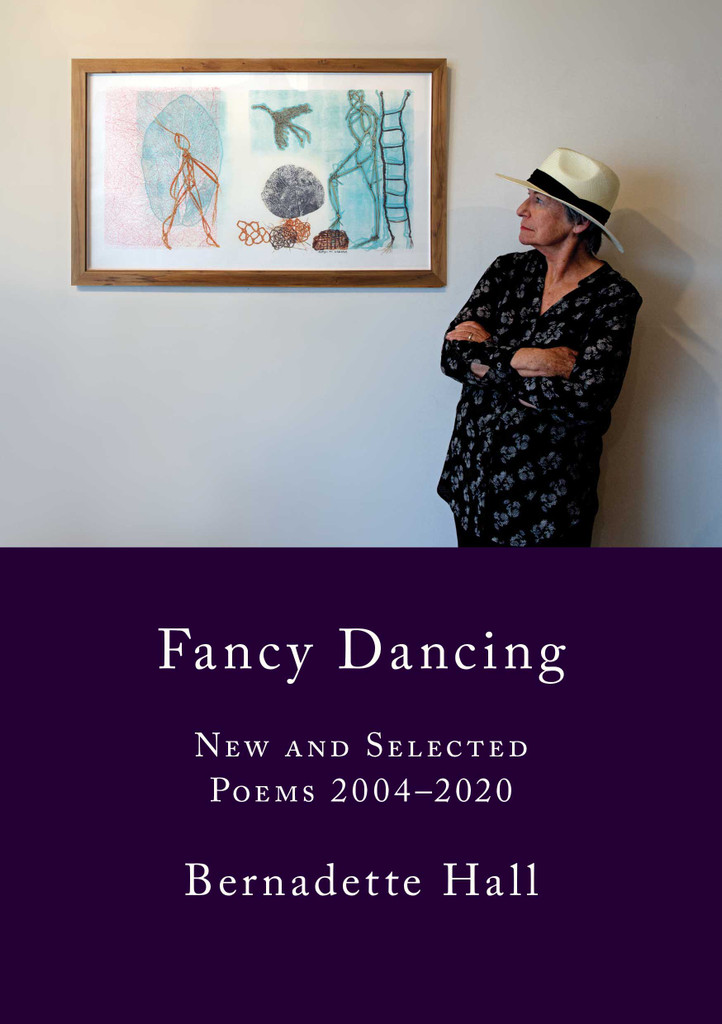 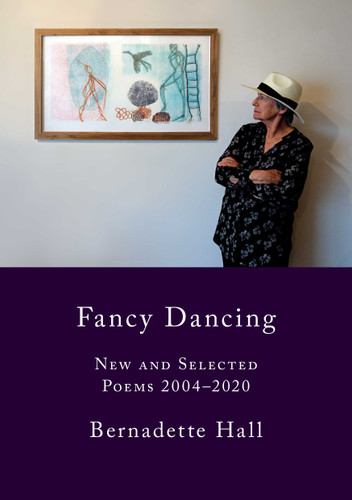 through the hedge and way back then

pushing my way out into the Central Otago sun

there was the laughing face of Jean

and someone else whose name I have forgotten

they played with me as if I was a doll

Bernadette Hall is Otago born and bred. Following a long and much enjoyed career as a high school teacher in Dunedin and Christchurch, she has for the last eighteen years lived in a renovated bach at Amberley Beach in the Hurunui, North Canterbury, where she has built up a beautiful garden. Fancy Dancing is her eleventh collection of poetry. ‘It’s as close as I’ll ever get to writing an autobiography,’ she says, laughing. And as for the wilful sonnets that explode in the final pages of this book, she wonders where on earth they came from. ‘It was such fun writing them,’ she says, ‘as if I‘d kicked down the stable doors and taken to the hills.’ In 2015 she collaborated with Robyn Webster on Matakaea, Shag Point, an art /text installation exhibited at the Ashburton Art Gallery. In the same year she was awarded the Prime Minister’s Award for literary achievement in poetry. In 2017 she was made a Member of the New Zealand Order of Merit for services to literature in Aotearoa New Zealand.