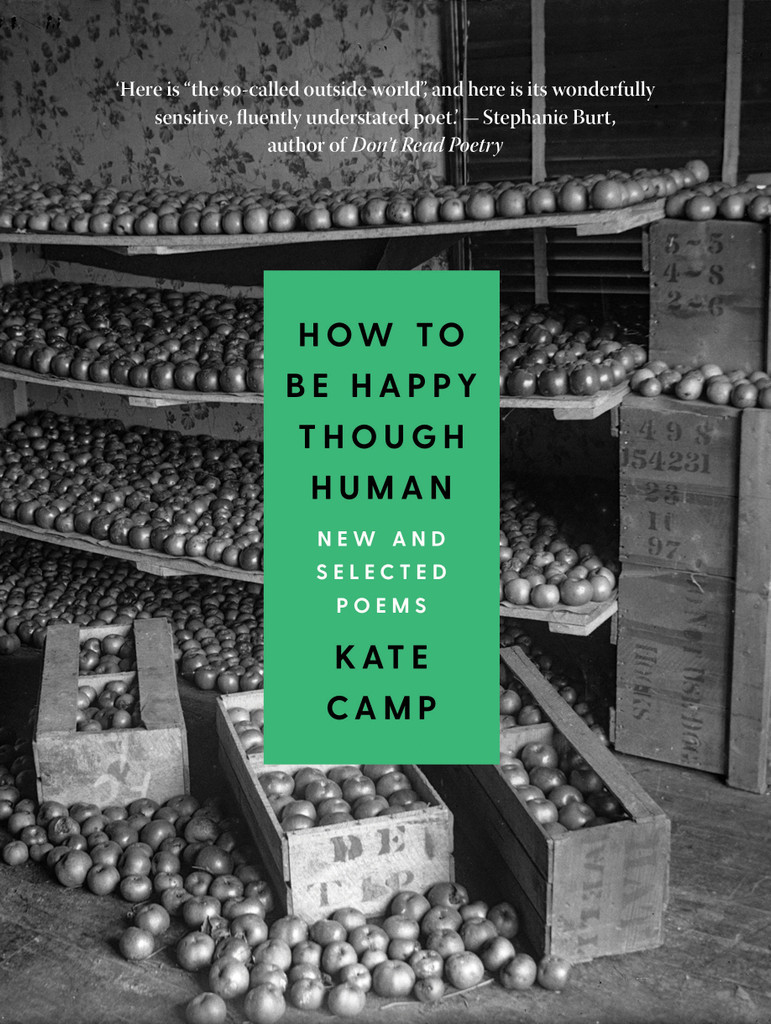 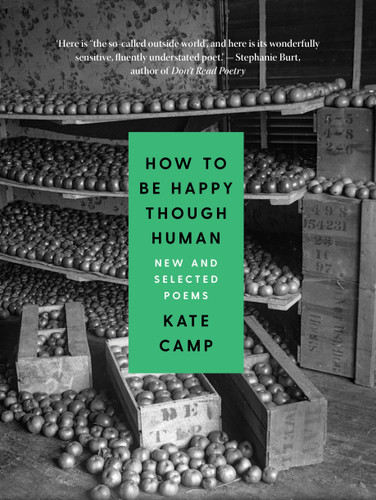 A timely collection of new and previously published work by one of Aotearoa’s most acclaimed poets, How to Be Happy Though Human is Kate Camp’s superb seventh book of poetry. It is published simultaneously in Canada and the United States by House of Anansi Press.

Kate Camp’s poetry has been described by critics as ‘fearless’, ‘wry, sympathetic, affable, deadpan’, and ‘containing a surprising radicalism and power’. Incorporating new, previously unpublished work and a selection of important poems from her six earlier collections, How to Be Happy Though Human represents a new chapter in her career.

Camp’s debut collection, Unfamiliar Legends of the Stars, won the NZSA Jessie Mackay Best First Book Award for Poetry on publication over twenty years ago. Subsequent books confirmed Camp as a leading voice of her generation: widely anthologised, studied, and cited as an influence by emerging poets. Her work is recognised for its wide-ranging and eclectic subject matter, its technical control and its musicality, with pop culture, high culture, the domestic confessional, close observation and found language featured as recurring elements. Her fourth collection, The Mirror of Simple Annihilated Souls – which shares a title with Belgian mystic Marguerite Porete’s 1310 collection, a book that caused is author to be burned at the stake – won the poetry award at the New Zealand Post Book Awards in 2011 and marked a turn in her work towards darker and more philosophical subject matter.

‘When I yell at North Americans about how we, too, should be reading the living poets of Aotearoa/New Zealand, Kate Camp is one of the poets I have in mind. She’s one of the poets, too, who’s so amazing because  she doesn’t yell: she’s patient with the world and with its seagulls, attentive to the injustice and the kindness and the frustration we can share with one another, if we’re lucky, anyway. What if Elizabeth Bishop had more friends, and more encouragement early on? What if  “sports fields built on rubbish dumps” became safe places to play? What if, in an exquisite pun, we could see “cranes like cranes”? Here are the land and the sea, the children and the grownups too, both as they are and as we wish they could be: here is “the so-called outside world”, and here is its wonderfully sensitive, fluently understated poet, “absolutely fluent . . . yet somewhat on fire”. —Stephanie Burt

'In these poems, selected from her six previous volumes with the addition of sixteen new poems, tone is everything: bemused, ruminative, wistful, wise – and always I hear my malaise hurrying near. The smouldering slow burn, the curdled idealism, the salvation army assembly of humorous perceptions: a virtuoso display. Each poem’s like a bumper ride in a fairground, crashing into obstacles, at once jarring and exhilarating.' —David Eggleton, Academy of NZ Literature

Poet, essayist and reviewer Kate Camp was born in 1972 and lives in Wellington. She is the winner of many prestigious awards, including the 2011 Creative New Zealand Berlin Writers’ Residency and the 2017 Katherine Mansfield Menton Fellowship.

Oh There You Are Tui! New and Selected Poems