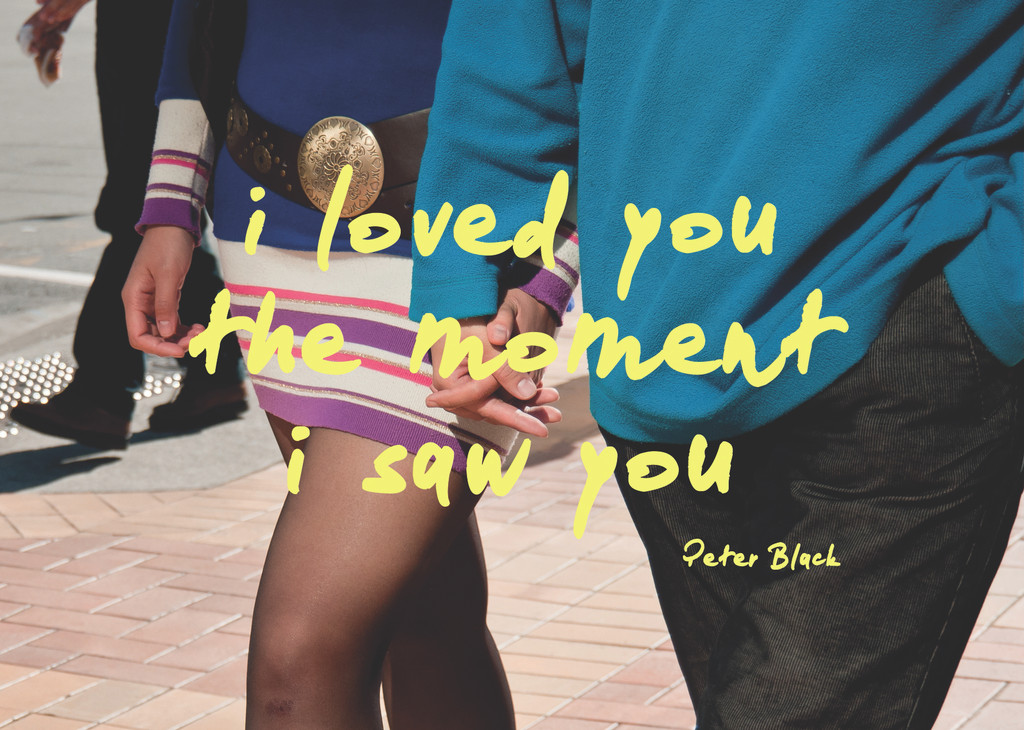 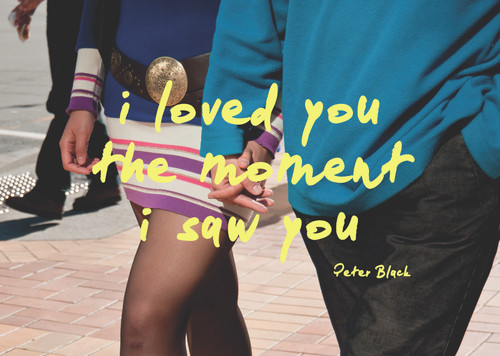 'Looking at the photographs in I loved you the moment I saw you has alerted me to this: to the different ways in which perception is situated, and to the laminated or layered times it takes to take that in – to be moved, to be in love, in the moment.' —Ian Wedde

In eighty-two brilliant, disturbing, and compassionate photographs, extended as if across the time it takes for a baby to wake up and recognise the grandfather who is waiting with the child to cross a busy, dangerous street, Peter Black has composed one of the great photo-portraits of our time. A digital flâneur on high alert crisscrossing the complex urban landscape, Black has seen and loved the tender, sad, and often humorous details of life lived moment by moment on the streets of his home city.

Born in Christchurch in 1948, Peter Black had his first exhibition at PhotoForum in Wellington in 1979. His Fifty Photographs at the National Art Gallery in 1982 was the first solo exhibition by a contemporary New Zealand photographer there. Since then, Black has had in excess of twenty solo and a similar number of group exhibitions. His work is held in major collections in New Zealand and internationally, including The Museum of New Zealand Te Papa Tongarewa, Auckland Art Gallery, and the National Library Gallery. His photographs have been published and written about in many individual and group publications since the National Art Gallerys 1982 catalogue Fifty Photographs, most recently in Real Fiction (Sport 30, 2003).

I loved you the moment I saw you is Black's fourth and most comprehensive colour portfolio.

Things OK with you?