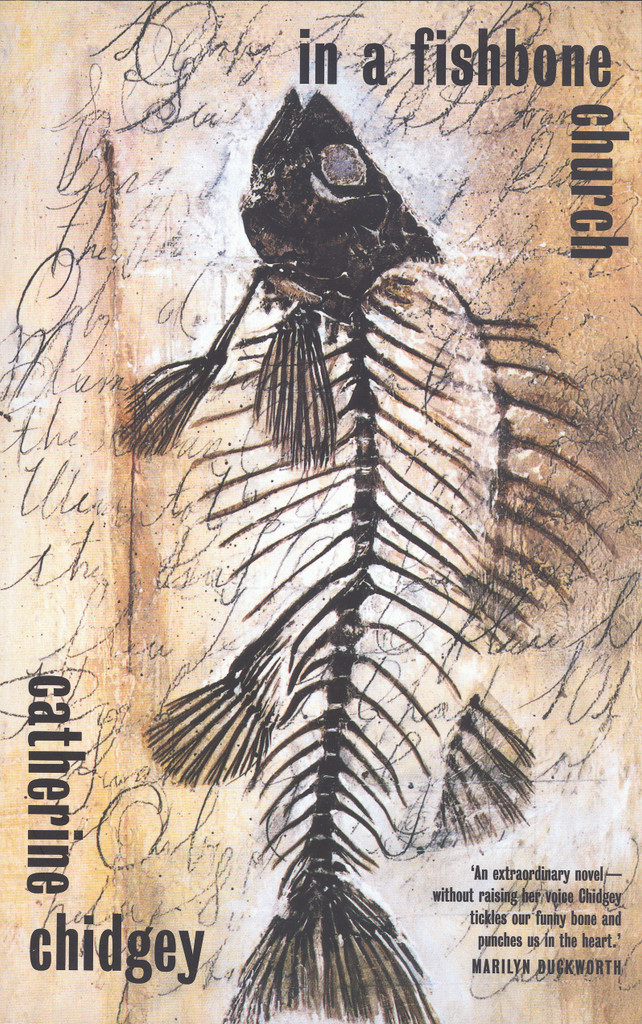 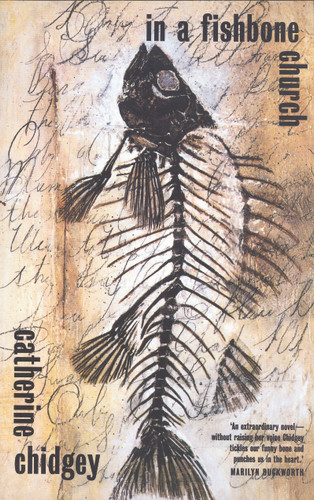 When Clifford Stilton dies, his son Gene crams his carefully kept diaries into a hall cupboard – but Clifford's words have too much life in them to be ignored, and start to permeate his family's world.

Clifford taught Gene about how to find rocks and fossils, and about how to kill birds and fish. Gene passes on a similar inheritance to his daughters, Bridget and Christina – they have their own ways of digging and discovering the past, keeping an account of life, watching out for the varieties of death that lie hidden. Etta their mother tells a very different story of her 1940s childhood.

In a fishbone church spans continents and decades. From the Berlin rave scene to the Canterbury duck season, from the rural 1950s to the cosmopolitan present, these five vivid lives cohere in a deeply affecting and exhilarating novel.

In a fishbone church, Catherine Chidgey's acclaimed debut, won the Hubert Church Award for Best First Book in the Montana New Zealand Book Awards, the Adam Award, the regional Commonwealth Prize for Best First Novel, and a Betty Trask Award in the UK, where it was also longlisted for the Orange Prize. First published in 1998, it has been a bestseller in New Zealand and has been published around the world.

Catherine Chidgey was born in 1970 and grew up in the Hutt Valley. She has degrees in creative writing, psychology and German literature, and lived for two years in Berlin, where she held a DAAD scholarship for post-graduate study. Her other novels are Golden Deeds, which was runner-up for the Deutz Medal for Fiction, The Transformation, The Wish Child, The Beat of the Pendulum, and Remote Sympathy. Her honours include the Glenn Schaeffer Prize in Modern Letters; the Meridian Energy Katherine Mansfield Fellowship to Menton, France; the Todd New Writers' Bursary; the Ursula Bethell Residency in Creative Writing at the University of Canterbury; the Burns Fellowship at the University of Otago; the Waikato University Writing Fellowship; the Rathcoola Residency in Ireland; the Buddle Findlay Sargeson Fellowship; and the University of Otago Wallace Residency at the Pah Homestead.