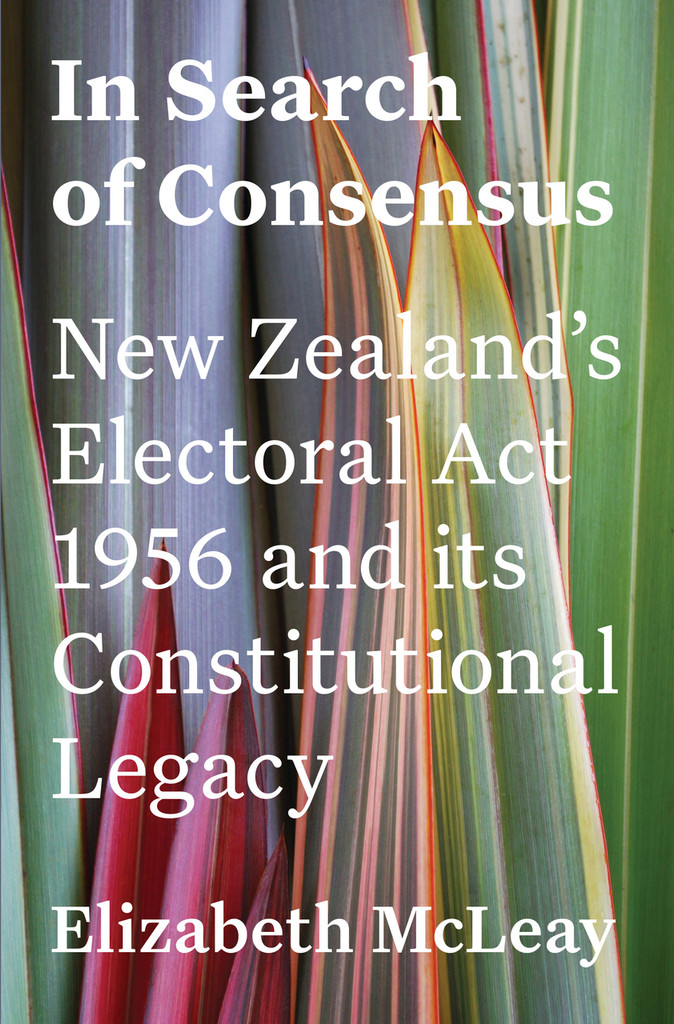 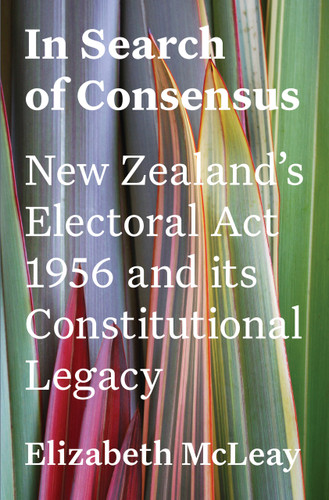 In a series of backroom negotiations in 1956, the National Government and Labour Opposition agreed to put aside adversarial politics temporarily and entrench certain significant electoral rules. For any of these rules to be amended or repealed, Section 189 of the Electoral Act (now Section 268 of the 1993 Act) requires the approval of either three-quarters of all MPs or a majority of electors voting in a referendum. The MPs believed this entrenchment put in place a ‘moral’ constraint to guide future parliaments – but its status has changed over time.

In Search of Consensus tells the story of why and how such a remarkable political settlement happened. It traces and analyses the Act’s protected provisions, subsequent fortunes and enduring legacy. As such, it is an important contribution to understanding the contemporary constitution and political culture of Aotearoa New Zealand.