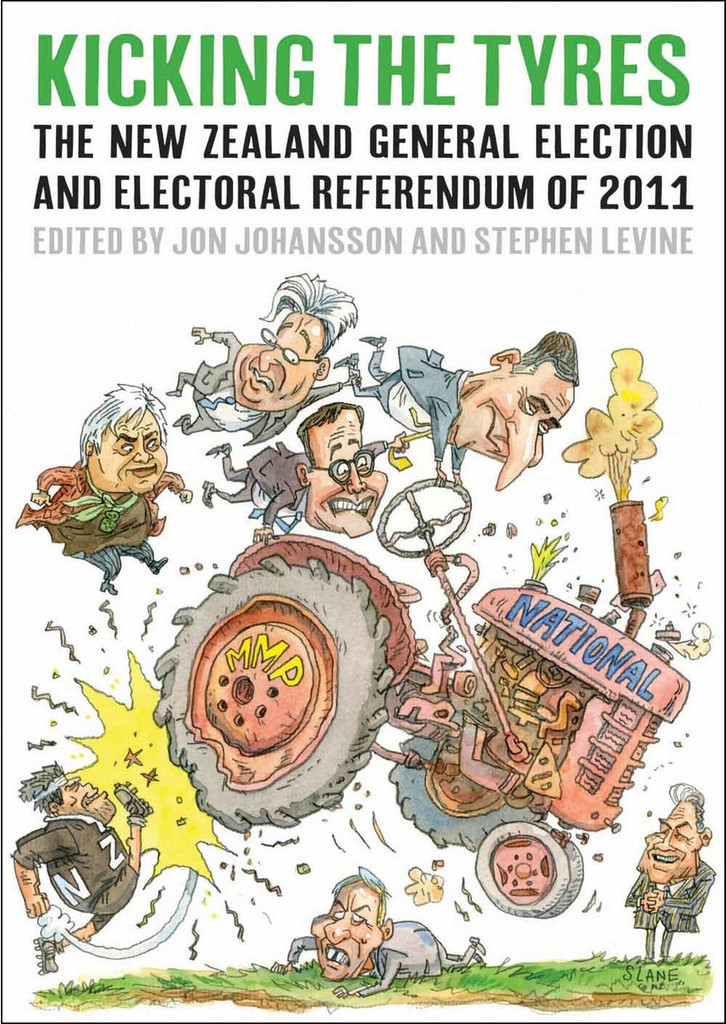 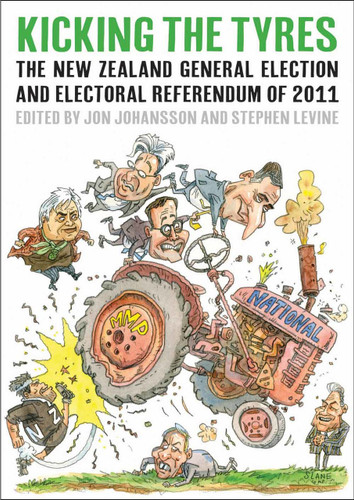 This book tells the story of this 2011 election, set against the backdrop of a country caught up in rugby heroics and the aftermath of several life-changing natural disasters. It’s the story of an odd campaign - of leaders’ debates where the most memorable line, ‘show me the money!’, comes from a Hollywood movie; and of a meeting for a ‘cup of tea’, intended to promote the return to Parliament of one party, ACT, which ends up igniting the re-entry to Parliament of another, New Zealand First.

It’s the story of an election that winds up toppling two party leaders (Labour’s Phil Goff and ACT’s Don Brash) and ends, at last, the three-year political honeymoon of a third, John Key, even as he wins another term.

Kicking the Tyres includes among its authors some of the winners of the 2011 election – New Zealand First’s Winston Peters; the Greens’ Metiria Turei; National’s Steven Joyce; United Future’s Peter Dunne; and the Greens’ Mojo Mathers.

What went wrong is the subject of chapters written by participants from other parties, including Labour’s Grant Robertson and high-ranking candidates from the Maori Party, Mana and ACT.

Kicking the Tyres views the campaign and the election from a variety of angles and perspectives. New Zealand’s wittiest political commentator, Jane Clifton, writes about ‘the worm’ and other inanities of 2011. Jon Johansson and Colin James discuss John Key’s leadership and the impact of the Pike River mine disaster and the Christchurch earthquakes on the government and the country. Other contributors examine the images and ‘brands’ of New Zealand’s political parties and their leaders; the role of Facebook in the election campaign; the opinion polls and pollsters – which were the worst, which the best; how well New Zealand television performed with its political experts and ‘pundits’; how the government’s coalition was formed; and Maori politics, Parliament, and the future of the Maori vote.

Kicking the Tyres includes a special section on the MMP referendum, with chapters from the leaders of the pro- and anti- groups – the ‘Campaign for MMP’ and the unsuccessful ‘Vote for Change’ – and an analysis of the vote and its aftermath by well-known commentators Therese Arseneau and Nigel S. Roberts.

Kicking the Tyres is an authoritative account of the 2011 election and electoral system referendum – New Zealand’s first since 1993 – making for a valuable resource for anyone interested in New Zealand elections, government and politics. The book comes with a specially prepared DVD containing televised highlights from the campaign – the party leaders’ debates, and parties’ election broadcasts and advertisements – and from election night coverage.

Kicking the Tyres is the latest in a series of New Zealand election studies, following The Baubles of Office – about the 2005 election which gave Helen Clark her last term as prime minister, with Winston Peters as her foreign minister – and Key to Victory – an account of National’s 2008 election win, bringing John Key to the top of the Beehive.

The Baubles of Office: The New Zealand General Election of 2005