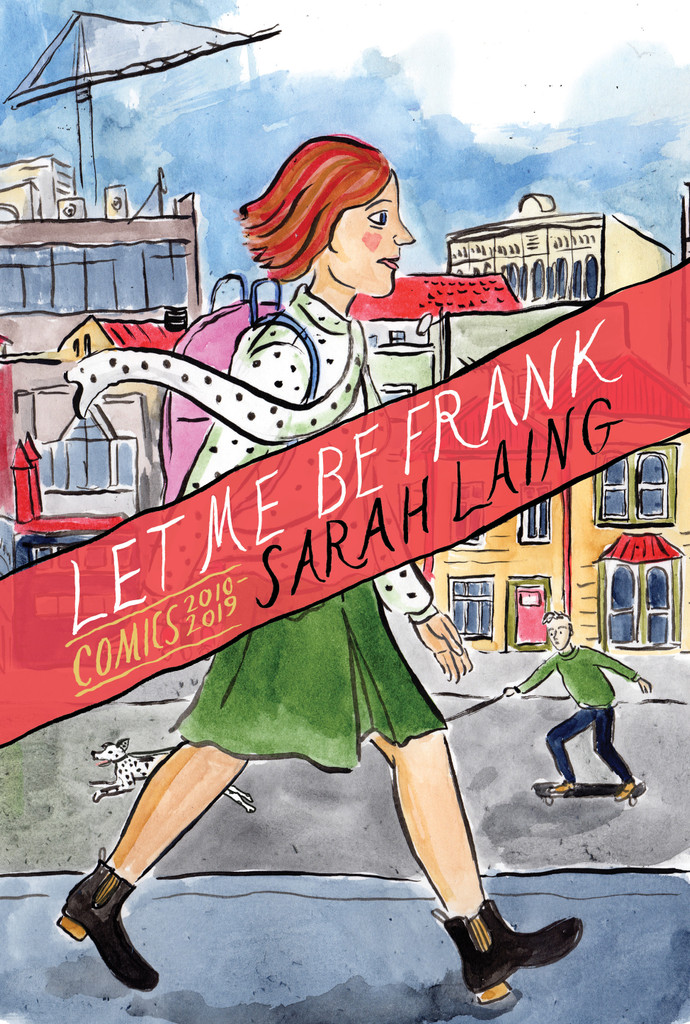 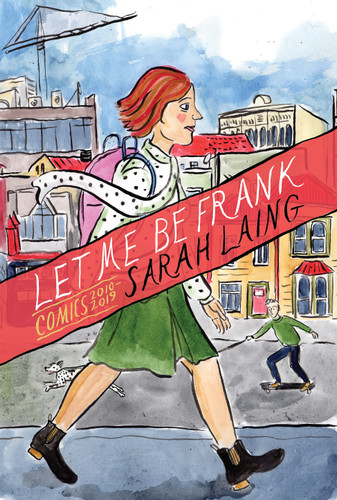 Let Me Be Frank brings Sarah Laing’s popular autobiographical comic series together for the first time.

Sarah Laing began blogging her comics in 2009 as a way to shed light on her fiction writing and to record life before it evaporated. The comics soon had a large audience, eager for the next installment about Sarah’s parenting fails and successes, writing, her obsession with Katherine Mansfield, her family’s history, pet mice, sex, clothes and more.

Let Me Be Frank is a witty, whip-smart comic collection that is ever disarmingly frank.

Sarah Laing is an award-winning cartoonist, short story writer, novelist and graphic designer. Let Me Be Frank is her fifth book, and she has also illustrated children’s books, made zines and co-edited Three Words: An Anthology of Aotearoa/NZ Women’s Comics. Her most recent graphic memoir, Mansfield and Me, was longlisted in the 2017 Ockham New Zealand Book Awards, and was published in both New Zealand and the UK, where it was favourably reviewed by the Guardian and the Sunday Times Literary Supplement. Sarah has been the recipient of the Michael King and the Frank Sargeson literary fellowships in Auckland. She now lives in Wellington.

I Laugh Me Broken