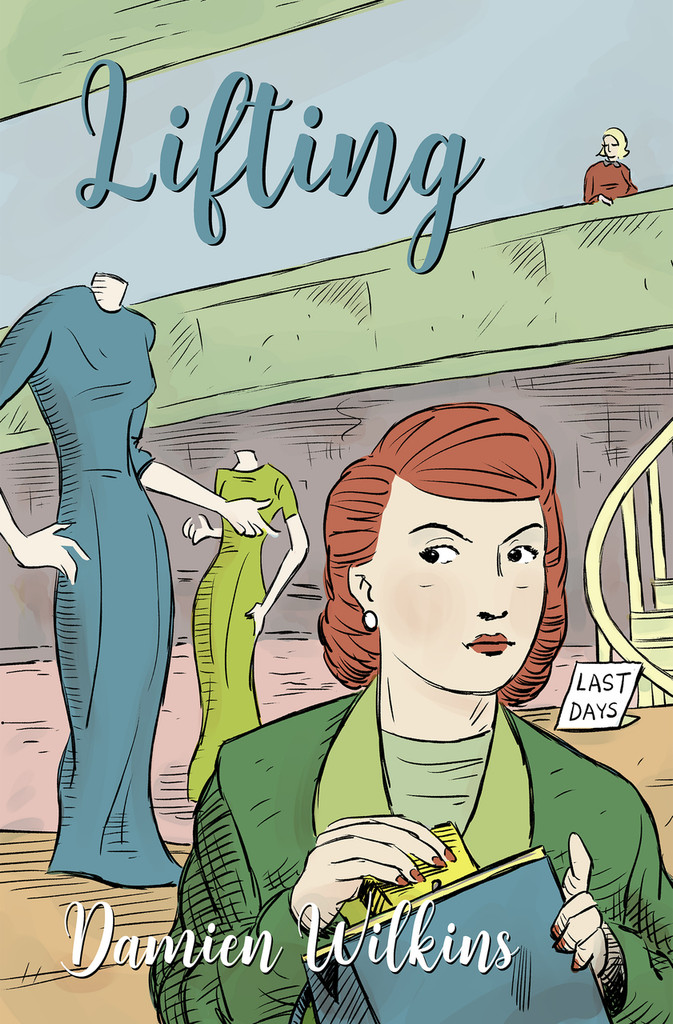 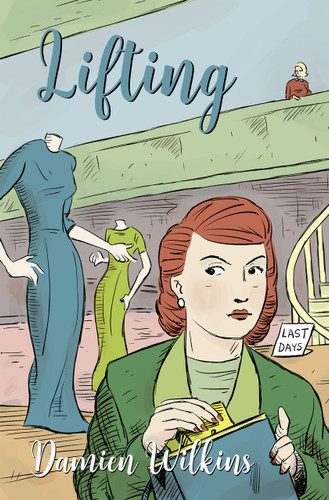 Amy is a store detective at Cutty’s, the oldest and grandest department store in the country. She’s good at her job. She can read people and catch them. But Cutty’s is closing down. Amy has a young baby, an ailing mother, and a large mortgage. She also has a past as an activist.

This compelling novel opens in a police interview room, with Amy narrating the weeks leading up to the chaotic close of Cutty’s, a time when the store moves from permanent feature to ruin and when people under stress do strange things. An intense exploration of the moment when the solid ground of a life is taken away, this swiftly told novel shows again how unerringly and vividly Damien Wilkins traces the stress fractures of contemporary living.

'. . . the real joy in Lifting is not the depiction of the demise of a once grand store, but the deft depiction of family relationships. Quite frankly I wouldn’t care if Wilkins never thought up a plot again. I could spend days happily reading his brilliant observations on what makes families such complicated things. At this, the man comes pretty close to being a genius.' —Linda Burgess, The Spinoff

Damien Wilkins is the author of eleven books, including the novels The Miserables, which won the New Zealand Book Award for fiction in 1994, and Nineteen Widows Under Ash, which was joint runner-up for the Deutz Prize for Fiction in the 2001 Montana New Zealand Book Awards. His novel The Fainter was runner-up for the Montana Medal for Fiction in 2007 and was shortlisted for the Commonwealth Writers’ Prize. He received a Whiting Writers’ Award from the Whiting Foundation, New York, in 1992, and his novels have been longlisted three times on the International IMPAC Dublin Literary Award. In 2013 Damien receieved an Arts Laureate Award. Max Gate (2013), a novel about Thomas Hardy, was a fiction finalist in the 2014 New Zealand Post Book Awards and was published in the UK and US by Aardvark Bureau in mid-2016. Damien is the Director of the International Institute of Modern Letters at Victoria University of Wellington. Also a musician and songwriter, he writes and records as the Close Readers.