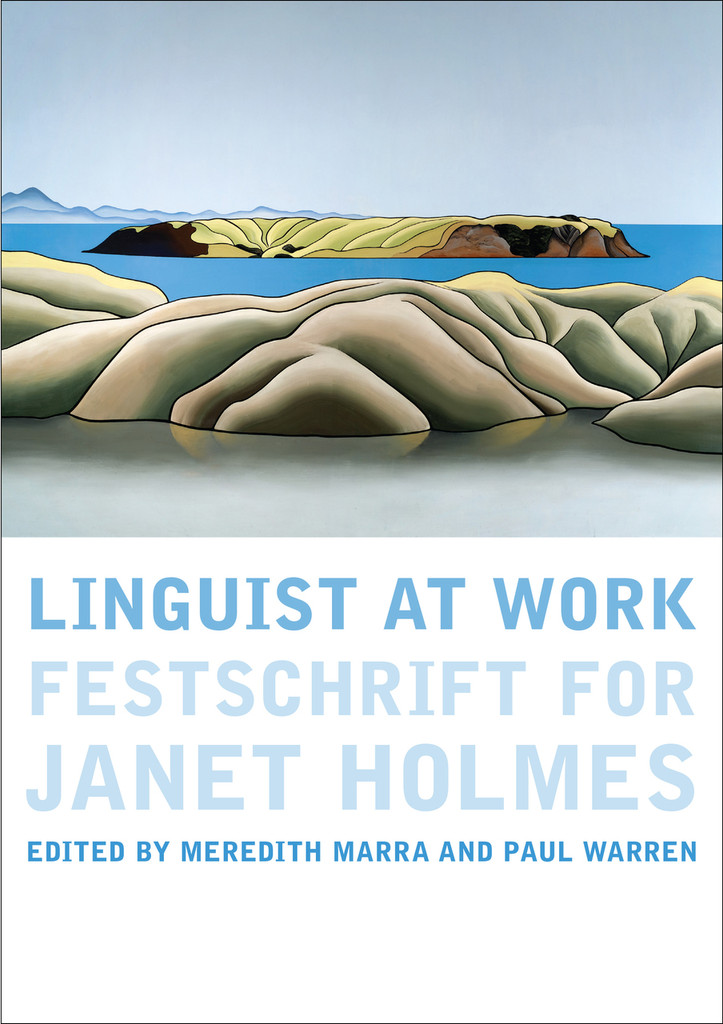 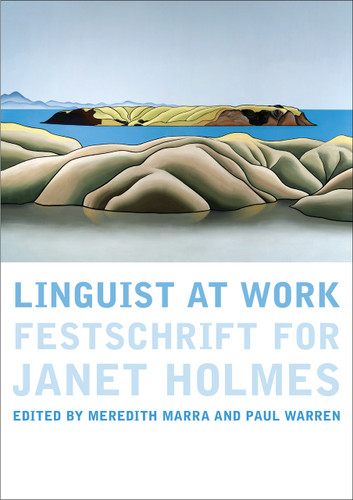 Throughout her 45-year career at Victoria University of Wellington, Professor Janet Holmes has operated at the cutting edge of sociolinguistics. She is recognised as a field leader, a pioneer for new approaches, and a warm and generous mentor. Linguist at Work brings together contributions from those who are lucky enough to count themselves among Janet’s colleagues, students, collaborators and friends.

The chapters present new research ideas and analysis, paying tribute to Janet in their quality and depth of engagement. From treatments of folk linguistics to sociophonetics, from the language of consent to the language used in children’s books, from humour and leadership to the methods and applications of workplace discourse, the range of material reflects Janet’s own contribution to so many different parts of linguistics.

This Festschrift speaks to the international mana in which Janet is held, her academic impact on (socio)linguistic research about New Zealand and New Zealand English, and her status as a founder in the now thriving field of workplace discourse.

The mana of Janet Holmes: Leading research in linguistics
Reanalysis and remotivation
by Laurie Bauer

Janet Holmes in her local community: Language (use) in New Zealand
The sound of women in New Zealand English
by Paul Warren, Andy Gibson & Jen Hay

Singing is the first thing that came into my head: Emotions and language maintenance among Filipino migrants in New Zealand
by Julia de Bres

Audiences, referees and landscapes: Understanding the use of Māori and English in New Zealand dual language picturebooks through a sociolinguistic lens
by Nicola Daly

Janet Holmes as pioneer: Language in the workplace
The Wellington Language in the Workplace Project: Creating stability through flexibility
by Bernadette Vine & Meredith Marra

Meredith Marra is Director of the Wellington Language in the Workplace Project, and currently Head of the School of Linguistics and Applied Language Studies at Victoria University of Wellington.

Paul Warren is Professor in Linguistics in the School of Linguistics and Applied Language Studies at Victoria University of Wellington.

Gendered Speech in Social Context: Perspectives from Gown to Town

Still Shines When You Think of It: A Festschrift for Vincent O'Sullivan

World Music is Where We Found It: Festschrift for Allan Thomas