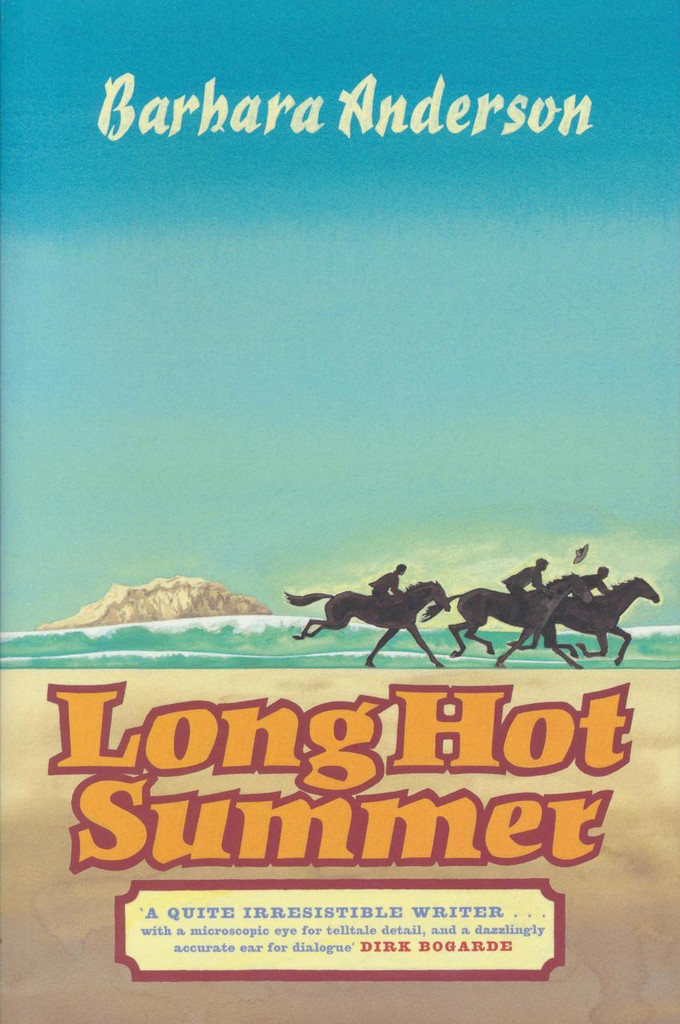 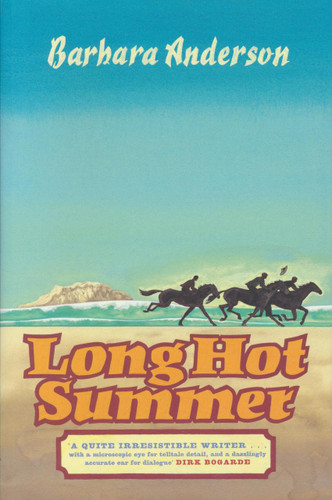 It is 1936. As they have done every summer, the Hopkins family – Derek and Lorna and the three children – have rented a house at the Beach. But Lorna is bored and only sees her husband on the weekends. When the handsome James Clements gets the locals and the Maoris involved in his amateur western, ‘Lust in the Dust,’ Lorna plays the whore with the heart of gold. The film’s title proves disturbingly prophetic and old certainties fall away as unaccustomed proximity leads to unexpected liaisons.

Praise for Long Hot Summer
‘… it's blithely told, warm and charming, but it's also loaded with sly humour and twists.’
—Karin Warnaar, The Press

‘In Long Hot Summer, Barbara Anderson does what she always does so well. As usual, the characters are beautifully and sparingly drawn … words are precisely, exquisitely chosen … the dialogue crackles and hums, and the alternative narrative voices are well differentiated and sustained … There is a well-rationed emotional energy that gives the narrative moments of powerful gravity to counterpoint the comedy.’
—Margot Schwass, Landfall

‘Anderson's view of the world is both clear-sighted and kind. This is a rare combination and rarer still to find it expressed in such beautiful, delicate, resilient prose.’
—Jane Shilling, Telegraph

‘Barbara Anderson's new novel Long Hot Summer bears the title of a steamy blockbuster but the New Zealander's fluid prose shows her to be a subtle and humorous writer.’
—Patricia Deevy, Image

‘A fine and sharp intelligence infuses Anderson's characters and dialogue. This is comedy with edge, bite and purpose …’
—Elizabeth Buchan, The Times

‘Long Hot Summer is a joy to read.’
—Mark Sanderson, Time Out

‘In breathtakingly honest and funny prose, Anderson creates a world that simply jumps with life and meaning, with joy and disappointment and hope.’
—Kirsty Gunn, Herald

‘… it is an utterly satisfying read. It is the sheer depth of the characterisation, the enviably masterful handling of dialogue. The people, the people, the people. It would be so much easier to review if I could pick away at its little faults. But dammit, it has none.’
—Linda Burgess, New Zealand Books

Long Girl Ago, A