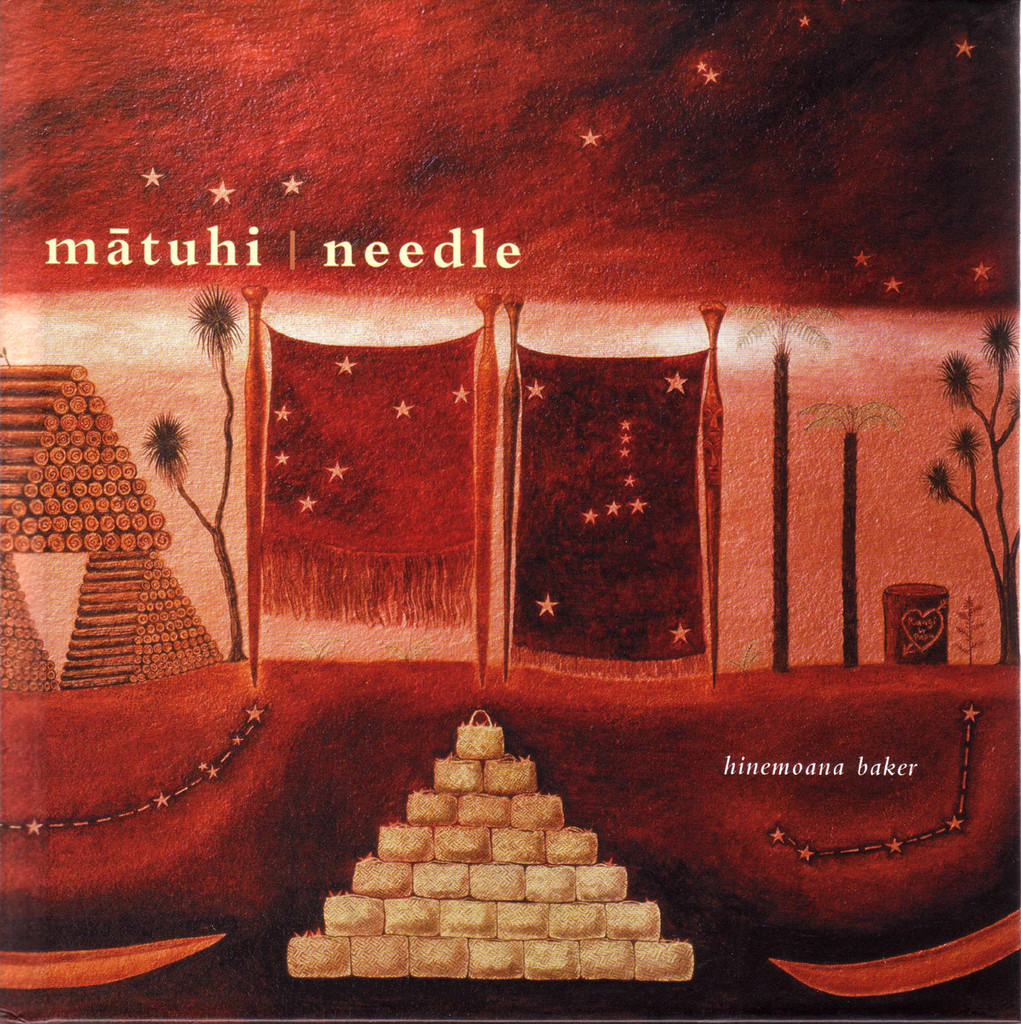 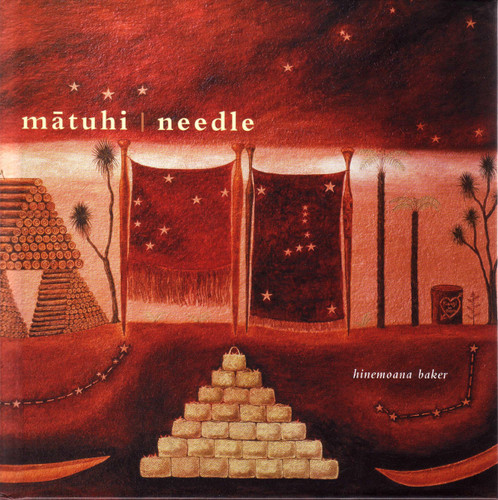 mātuhi | needle is a VUP poetry book with a difference. It is published jointly with Perceval Press, the California publisher owned and operated by Pilar Perez and Viggo Mortensen. It is a beautifully-designed hardback, featuring five paintings by the Ngai Tahu artist Jenny Rendall. It includes a CD featuring Hinemoana reading six of her poems, and a song excerpted from her music CD Puawai, released simultaneously by Jayrem Records.

Many cultures converge and challenge each other in the poetry of Hinemoana Baker. The need to belong to the extended and nuclear family is at odds with the equally pressing need to be an individual in the world.

In mātuhi | needle, her début collection, there are poems of praise, love and gratitude. Words, phrases and cultural concepts in the Māori world are given a new and different life via her love and recovery of te reo, which can be translated as 'the voice'. Other poems are inscribed with the sordid and the badly-behaved, or admit to feelings of inadequacy and avoidance. Some reflect a history of personal and political invasion and occupation. All are alive with grace, intellect and control.

HINEMOANA BAKER was born in 1968. Like many New Zealanders with Māori ancestry, she learned the Māori language as an adult – in her case, at Victoria University of Wellington. In 1998 Hinemoana was awarded the university's Stout Research Centre / Reader's Digest Writing Fellowship, and in 2002 she returned to Victoria to complete a master's degree in creative writing. She has published poetry and short fiction and has written for stage and film. An accomplished producer (most recently for Radio New Zealand's National Radio network) and a talented musician, Hinemoana's first album is to be released at the same time as this, her first book.

'an extremely beautiful book. Square, hardback, I held it, turned it, flicked through it looking at Ngai Tahu artist Jenny Rendall's extraordinary, gorgeous art, then checking my watch, thought I'd have time to read a couple of poems. Some time later, I'd finished it. Then I went back to a few and reread them. Again, and again. Some of it's obscure, of course (whose mind and soul isn't?) but intriguingly so, and it's something about the tone of the poems that make you want to try and decipher the backstory of each.' —Kathy Hunter, Leafsalon

'The poems are anchored firmly in a modern world and yet range freely over Baker's past, lyrically examining a bi-cultural life.' —Mark Houlahan, Dominion Post

'Apart from the polished precision and lyrical quality of her work, Hinemoana Baker's poetry constantly surprises with the richness and originality of its observations.' —Joe Wylie, Takahē