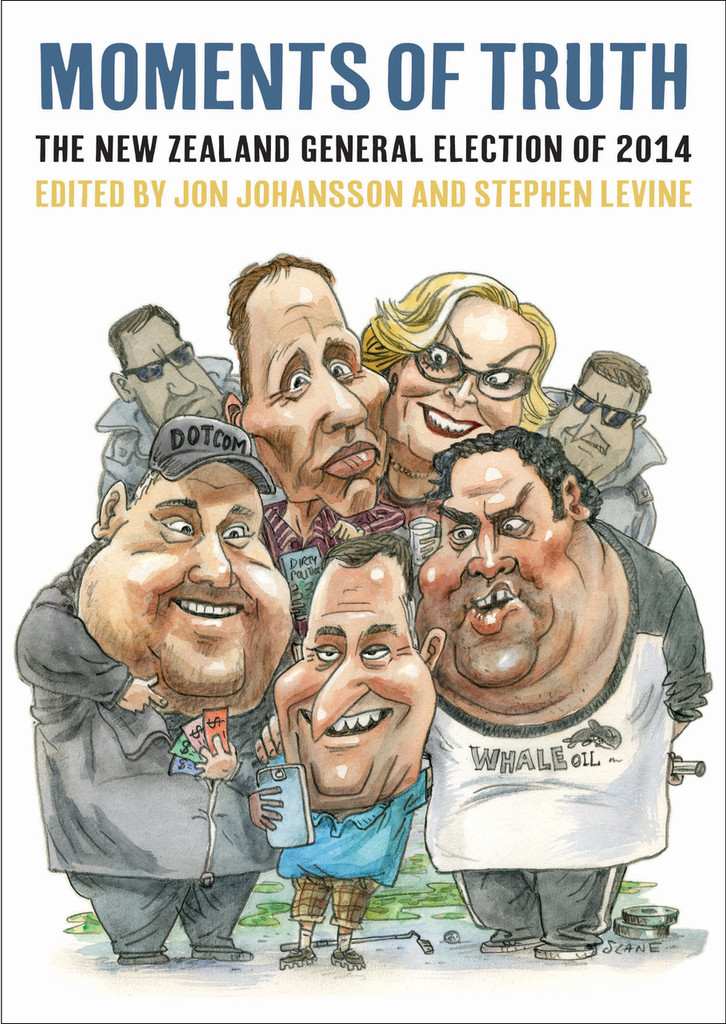 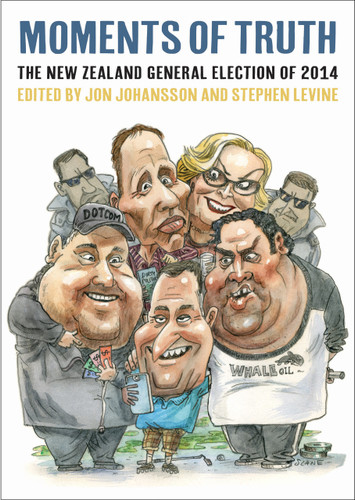 The 2014 general election was surely the most bizarre election campaign in New Zealand’s history. Moments of Truth tells the story of a campaign in which:

At the end of the day John Key remains the country’s prime minister – how, after all the tumult and confusion, did that happen?

The contributors to Moments of Truth – an experienced group of political party leaders and campaign managers, media and political commentators, pollsters, consultants and academics – seek to provide some answers and insights into an election unlike any before it.

Moments of Truth continues a series of authoritative election studies – including The Baubles of Office (2007), Key to Victory (2010) and Kicking the Tyres (2012) – essential for anyone interested in New Zealand’s government and politics. Featuring a DVD containing additional campaign footage, including the campaign openings, television and internet advertisements, billboards, televised debates, election documents, election-night statements and a montage of items relating to the ‘dirty politics’ controversy and the ‘moment of truth’ even.

Baubles of Office, The: The New Zealand General Election of 2005