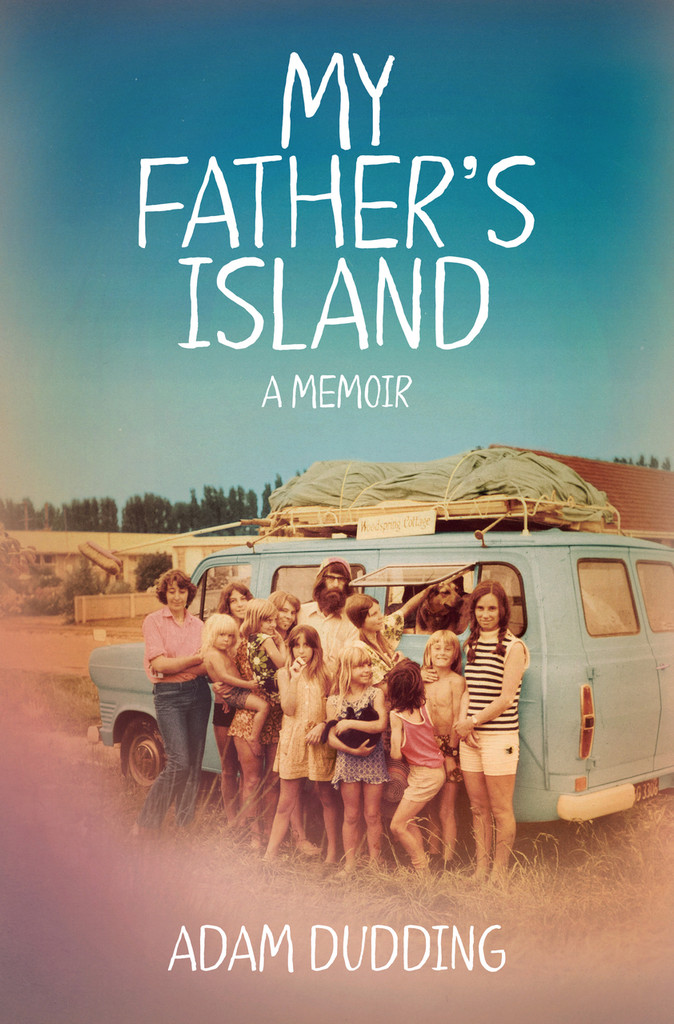 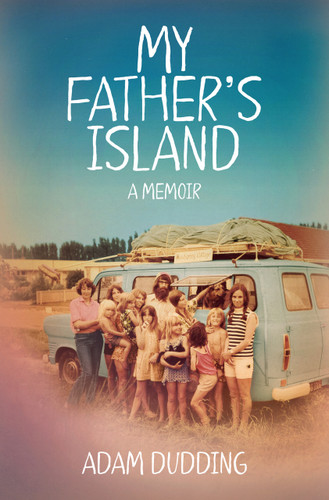 After the death of his brilliant, eccentric father, Adam Dudding went in search of the stories and secrets of a man who had been a loving parent and husband, but was also a tormented, controlling and at times cruel man.

Robin Dudding was the greatest New Zealand literary editor of his generation – friend and mentor of many of our best-known writers. At his peak he published the country’s finest literary journal on the smell of an oily rag from a falling-down house overflowing with books, long-haired children and chickens – an island of nonconformity in the heart of 1970s Auckland suburbia. Yet when Robin’s uncompromising integrity tipped into something much more self-destructive, a dark shadow fell over his career and personal life.

In My Father’s Island, Adam Dudding writes frankly about the rise and fall of an unconventional cultural figure. But this is also a moving, funny and deeply personal story of a family, of a marriage, of feuds and secret loves – and of a son’s dawning understanding of his father.

Robin Dudding would have been proud of Adam for writing this book – but maybe he would also have been horrified. My Father’s Island is an important piece of social and cultural history, seen through the lens of a family tale that is – paradoxically – both compassionate and merciless. This is a wonderfully well-told story of a life that starts out full of hope, then goes to troubling places. Bliss was it in that dawn to be alive, etc. And then it wasn’t. —Bill Manhire

‘A deeply personal, delightfully told memoir of a father, who happened to be New Zealand’s “most gifted and significant literary editor of his generation”. It’s powerfully honest, full of love and pain.’ —Sonja de Friez, Nine to Noon

‘Robin Dudding’s son Adam has written a brave, unsparing, affectionate, critical and impartial book in this voyage around his father. It does justice to Robin’s struggles and achievements as well as to the havoc he wrought.’ —Paul Little, North and South

Adam Dudding is a reporter for Fairfax Media and has won numerous feature-writing awards. He lives in Auckland with his wife, two children, two dogs and no chickens. This is his first book.

The journalist as reliable narrator composes a compelling portrait of his father that reveals rather more about himself, the son. Personal memories, anecdote, letters, literary publications, and the recollections of interview subjects, including family members - framed by curiosity and love - are interwoven to create a surprising story that shifts in time and context; which is as history and memory should be! Adam Dudding’s memoir charts the particular course of his famous father’s life in the New Zealand publishing world, while, simultaneously, distilling some fundamental human truths about fathers and sons, wives and husbands, and adult relationships in all their complexity. I very much enjoyed the history of the father, Robin Dudding, and the self-portrait of the writer.

Flying Boats: My Father’s War in the Mediterranean