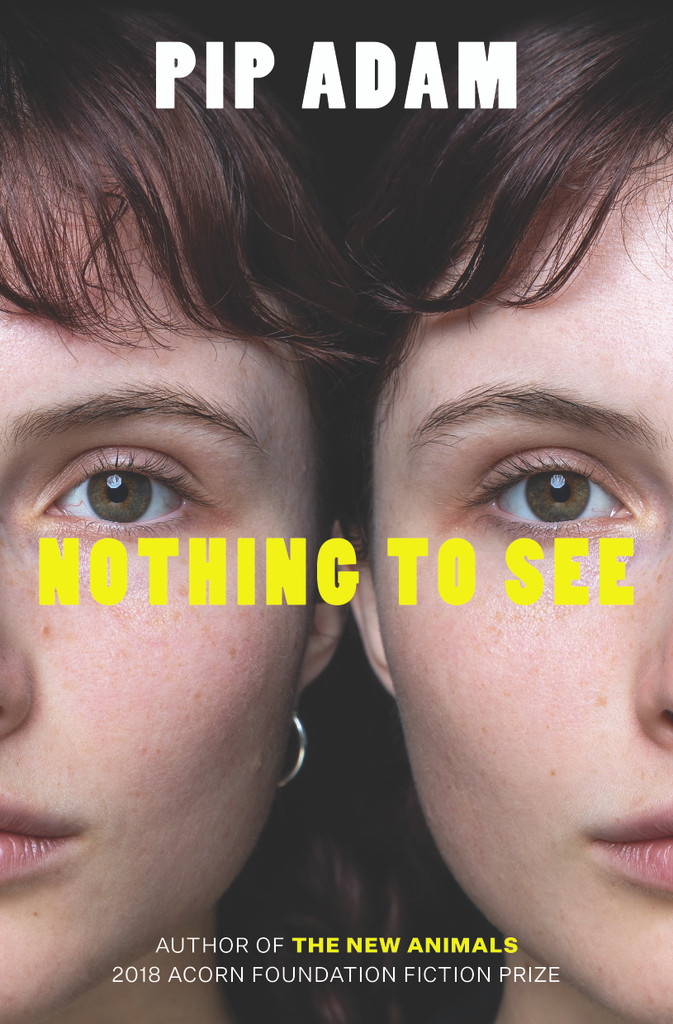 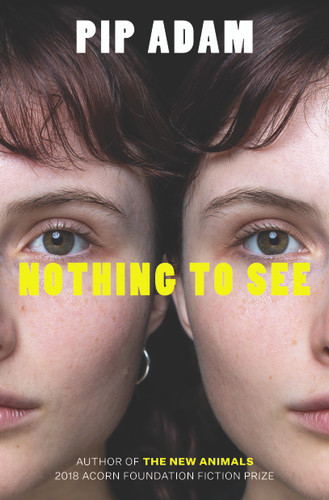 Shortlisted for the 2021 Jann Medlicott Acorn Prize for Fiction

It’s 1994. Peggy and Greta are learning how to live sober. They go to meetings and they ring their support person, Diane. They have just enough money for one Tom Yum between them, but mostly they eat carrot sandwiches. They volunteer at the Salvation Army shop, and sometimes they sleep with men for money. They live with Heidi and Dell, who are also like them.

It’s 2006. Peggy and Greta have two jobs: a job at a call centre, and a job as a moderator for a website. They’re teaching themselves how to code. Heidi and Dell don’t live together anymore, and Dell keeps getting into trouble. One day, Peggy and Greta turn around and there’s only one of them.

It’s 2018. Margaret lives next door to Heidi and her family. She has a job writing code that analyses data for a political organisation, and she’s good at it. Every day she checks an obsolete cellphone she found under her bed, waiting for messages. She struggles to stay sober. Then, one day, there are two of them again, both trying to figure out where they have come from.

Nothing to See is a compelling, brilliantly original novel about life in the era of surveillance capitalism, when society prefers not to see those who are different, and the line between reality and simulation feels dissolvingly thin.

'This is a total masterpiece. Gripping, weird, funny, close to the bone. An intense portrait of sobriety, a mystery, a scifi novel, an urgent book about living in our panoptical present. Somehow uses Rollercoaster Tycoon as a moving central metaphor.' —Dan Kois

'At its heart, this is a novel about shame, loneliness, about wanting to do good and hoping for second chances — or third or fourth chances. It’s about finding new ways of being. That it can cover all this, and be deeply affecting as it does so, while also pushing at the traditional limits of fiction, is a real achievement.' —Philip Matthews, ANZL

'wildly good . . . a fiery study in class and addiction and the boring exhausting grind of building a splintered life into something whole.'
—Catherine Woulfe, The Spinoff

'sharp and humane and not in the least sentimental' —Charlotte Grimshaw, Newsroom

'Just when you think you’ve cracked what is going on, Pip Adam turns everything in this dazzling novel inside out, leaving the reader momentarily disoriented but exhilarated.' —Judges' comments, 2021 Ockham New Zealand Book Awards

Pip Adam's previous books are The New Animals (2017), which won the Acorn Foundation Prize for Fiction, I'm Working on a Building (2013), and the short story collection Everything We Hoped For (2010), which won the NZSA Hubert Church Best First Book Award for Fiction in 2011. Pip facilitates writing workshops in universities and other settings including with people affected by crime in prisons and communities. She makes the Better off Read podcast where she talks with authors about writing and reading.