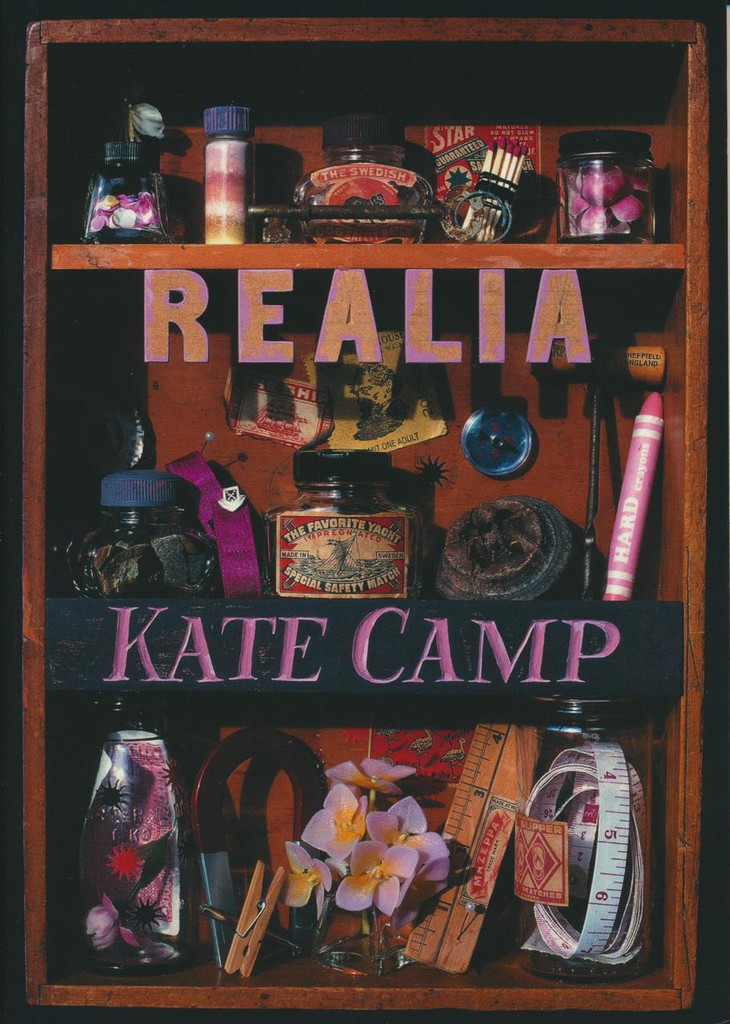 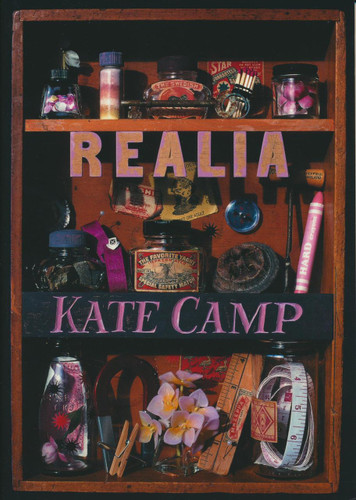 realia 1. Objects which may be used as teaching aids but were not made for the purpose. 2. Real things, actual facts, as distinct from theories about them.
(Shorter Oxford Dictionary)

Praise for Realia
‘Realia is a bittersweet collection that maintains an exquisite balance of playfulness and haunting imagery throughout.’
—Rebecca Palmer, Otago Daily Times

‘Camp is GenX grown up. The world reflected in her showcase of “real things” is cool, funny, touching, urban, and conmumerist – chairs are vinyl, the best gallery at the Tate Modern is the shop, TV documentaries are about sex. What I like about Camp’s poems is their light but not weightless touch – her observations on the world we live in are recognisable, immensely enjoyable, comic but never pointless.’
—Lydia Wevers, NZ Listener

‘Poets show us the way and Camp’s way is eloquently articulated in long cadenced sentences that indicate those slippages between the personal or private and the rest of the world.’
—Art News

‘… in her poems one finds the edgy, intense, experimental, charming, self-ironising of youth, aware of the contradictions and evasions of language, while still unjaded enough to expect that the experiences language attempts to delineate have meaning.’
—Evening Post

Kate Camp was born in 1972 and lives in Wellington. She is a poet, prose writer and reviewer. Her first collection of poetry, Unfamiliar Legends of the Stars, won the NZSA Jessie Mackay Award for Best First Book of Poetry at the 1999 The Montana NZ Book Awards. Her fourth book, The Mirror of Simple Annihilated Souls, won the 2011 NZ Post Book Awards Best Book of Poetry, and in 2011 Camp held the Creative New Zealand Berlin Writer Residency. During this time she wrote Snow White’s Coffin, which was a finalist in the poetry category of the 2013 NZ Post Book Awards. Camp presents a monthly interview on Kim Hill’s Saturday Morning, ‘Kate’s Klassics’. She is the recipient of the 2017 Katherine Mansfield Menton Fellowship. The internet of things (2017) is her sixth poetry collection.