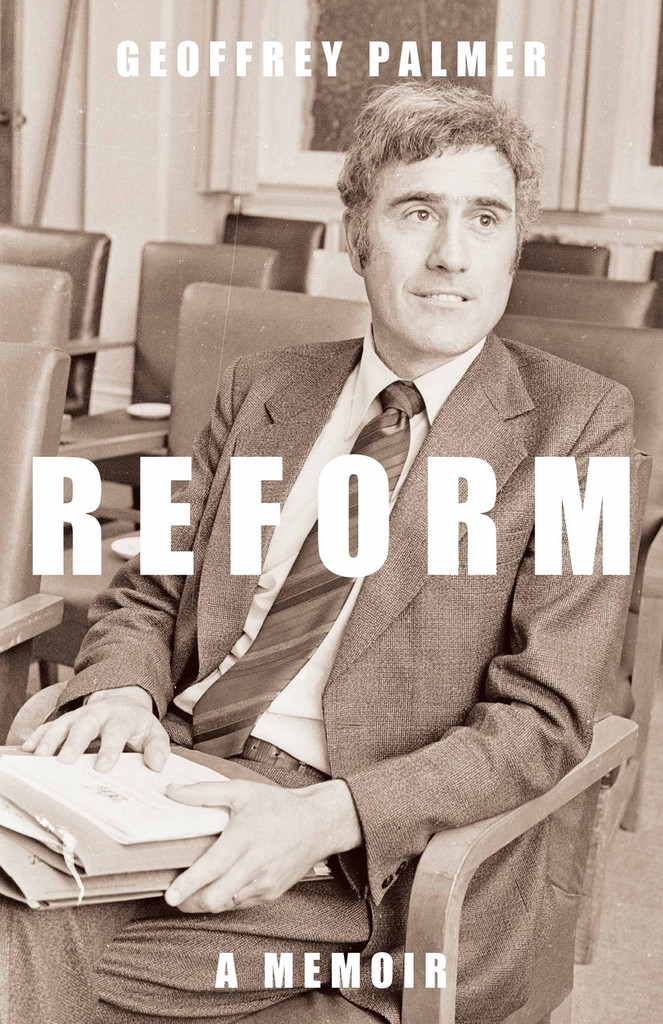 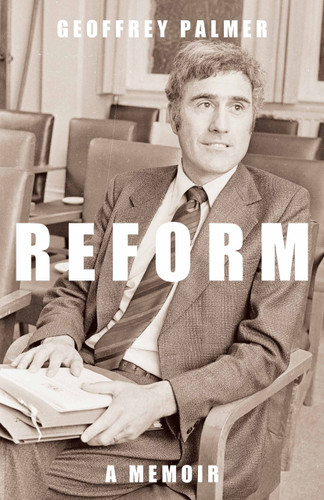 Reform has been a recurring theme throughout Geoffrey Palmer’s life, not only during his career in politics as an MP, Deputy Prime Minister and Prime Minister, but also as a law professor and law practitioner.

In this memoir, Geoffrey Palmer recounts the events and forces that shaped him as well as his many adventures in reforming a wide range of institutions, laws and policies. He speaks of his early life and family background in Nelson and the eventful lives of his pioneering ancestors. He examines the intellectual influences on his thinking, particularly the nature of his education both in New Zealand and the United States.

Geoffrey Palmer chronicles his life according to the issues: accident compensation, the Constitution, the Bill of Rights, the Law Commission, liquor law, Maori issues, parliamentary reform, the Resource Management Act, law and order, prisons, and local government reform are all discussed in-depth. International issues also come within the compass of the book, with extensive treatment of New Zealand’s anti-nuclear policy, the ‘Rainbow Warrior’ affair, the Gaza Flotilla incident and Palmer’s diplomatic efforts to reform the International Whaling Commission.

Meticulously detailed, engagingly written, and covering a wide variety of topics, Reform is essential reading for anyone interested in New Zealand legal and political history.

Sir Geoffrey Palmer QC is a member of Her Majesty’s Privy Council. Born in Nelson in 1942, he was a law professor both in the United States and New Zealand before going into politics. He was elected MP for Christchurch Central in 1979 and became Deputy leader of the Labour Opposition in 1983. When the Fourth Labour Government was formed in 1984 he became Deputy Prime Minister, Attorney-General, Leader of the House and Minister of Justice. After the 1987 election he ceased being Leader of the House and became Minister for the Environment, a portfolio he retained when he became Prime Minister in 1989. He retired from politics in 1990 and then taught a semester each year at the law school at Victoria University and also at the University of Iowa. In 1994 he began with Mai Chen New Zealand’s first specialist public law firm. In 1995 he sat as an ad hoc Judge on the International Court of Justice in the case New Zealand v France. From 2005 until 2010 Geoffrey Palmer was President of the New Zealand Law Commission. For eight years he was New Zealand’s Commissioner to the International Whaling Commission. In 2010-2011 he chaired the United Nation’s inquiry into the Gaza flotilla incident. He holds honorary doctorates from three universities. Currently he practises as a barrister in Harbour Chambers in Wellington and is a Distinguished Fellow at the Victoria University of Wellington Law Faculty and Centre for Public Law. Geoffrey is married to Margaret and they have two adult children, Matthew and Rebekah, and seven grandchildren.