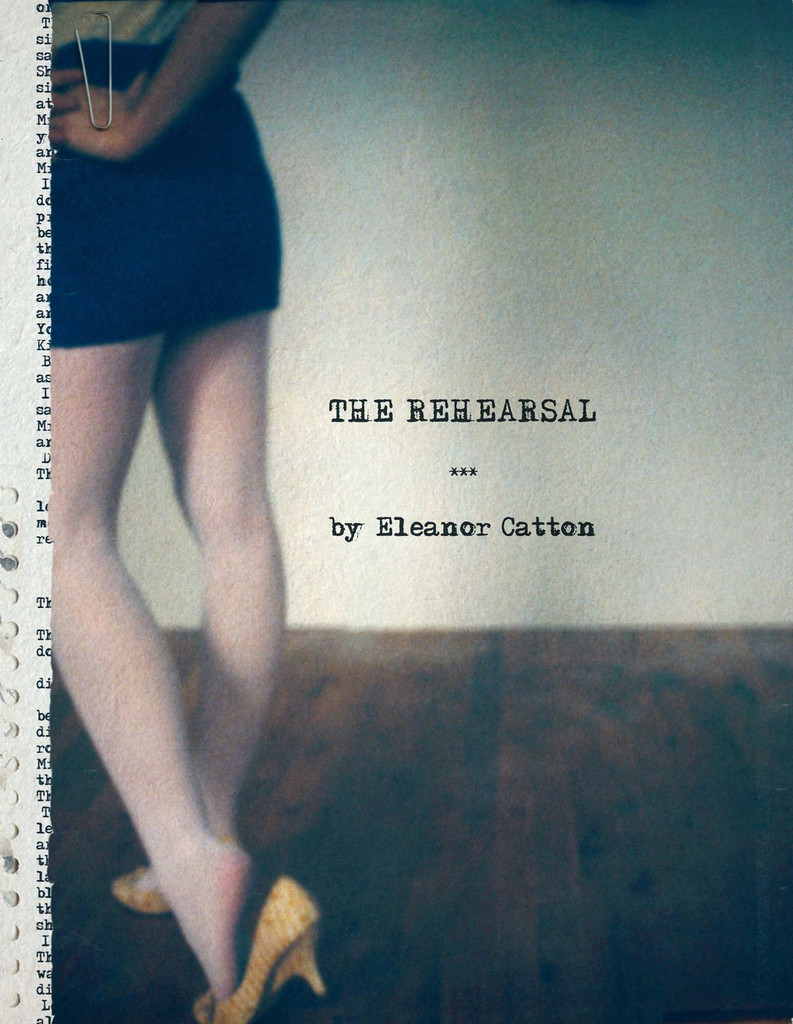 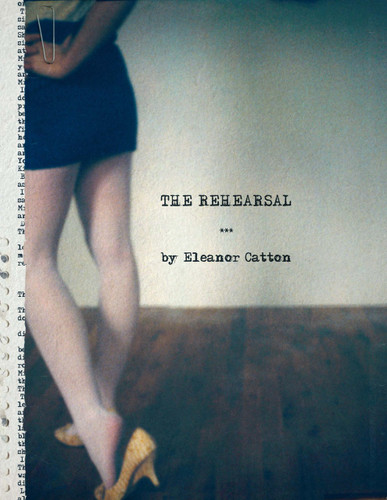 A high-school sex scandal jolts a group of teenage girls into a new awareness of their own potency and power. The sudden and total publicity seems to turn every act into a performance, and every platform into a stage. But when the local drama school decides to turn the scandal into a show, the real world and the world of the theatre are forced to meet, and soon the boundaries between private and public begin to dissolve …

The Rehearsal is an exhilarating and provocative novel about the unsimple mess of human desire. Startlingly original, it is at once a tender evocation of its young protagonists and a shrewd exposé of emotional compromise. It introduces Eleanor Catton, a boldly inventive and extraordinarily accomplished new voice in fiction.

Praise for The Rehearsal
‘The melding of play and novel is a perfect vehicle for what is an ongoing discussion on why art is important. The Rehearsal is dense with ideas, paradoxes and propositions that reverberate long after closing the book; but it also has an emotional intensity – it is provocative in every sense – that reminds one of Proust. This gifted young novelist gets enormous pleasure out of the rich possibilities the form can provide, her zest is pervasive and her talent remarkable.’
—Elizabeth Caffin, NZ Books

‘This astonishing debut novel from young New Zealander Eleanor Catton is a cause for surprise and celebration: smart, playful and self-possessed, it has the glitter and mystery of the true literary original. Though its impulses and methods can only be called experimental, the prose is so arresting, the storytelling so seductive, that wherever the book falls open it's near-impossible to put down.’
—Justine Jordan, The Guardian

‘Catton's writing is remarkably assured. The cleverness of the concept and structure - which could otherwise have risked archness – is balanced by the characters' intensity of emotion. Part of the pleasure of reading The Rehearsal is the feeling of anticipation Catton ascribes to all theatre audiences: waiting for something to go wrong, for the illusion to be spoiled. At times, changes of tone, posture or stage lighting are described, so that the reader is both absorbed in the story and constantly aware of the effects of performance. Yet the novel's real achievement is in its creation of a self-sustaining world. The feeling of tense complicity between young girls, between lovers and actors, is very strong. The reader witnesses risks, excitements, fluidity; everything is a copy of something else, and yet nothing is the same twice. There is room for play and experimentation, and while there is a good deal at stake, the people the characters most want to impress, and fear to disappoint, are each other: those sharing the scene with them, and not an invisible audience. The effect is very much like watching, not a play, but a rehearsal.’
—Lidija Haas, TLS

‘In common with more traditional school-age stories, dawning self-consciousness and disappearing innocence are key subjects. But it is the inventiveness with which Catton plays on these themes, not the themes themselves, that makes this book so engaging. It would be tempting to call it experimental, if that word didn’t suggest writing that is stodgy and self-indulgent. To the contrary, The Rehearsal is controlled, elegant and utterly readable, even at its most slippery.’
—Adrian Turpin, The Financial Times

‘As debuts go, this one is astral – as well as teasing, intelligent and knowing. It made me think of “Bonjour Tristesse” (1955) and of its author, Françoise Sagan, another young writer of stellar talent.’
—Tom Adair, The Scotsman

‘Timeframes overlap and collide in this ingenious ontological kaleidoscope of a debut, but the experimentalism – which demands that the reader keep all her wits about her – is tempered by a real knack for narrative and a cast of painfully familiar teenage characters who are all desperate to be as confident, cool, charismatic and funny as possible. These are qualities that the extraordinary Eleanor Catton has in spades.’
—Melissa Katsoulis, The Times

‘Catton shows she can address the big themes in life while remaining alert to small details.’
—Daily Telegraph

‘My favourite New Zealand novel of the year.’
—Louise O'Brien, Nine To Noon Best Books of 2008

‘This is a daring book, full of velvety pleasures but never afraid to show its claws. Eleanor Catton is crazily talented and insightful – and best of all, she makes language seem new.’
—Emily Perkins

‘The Rehearsal is a significant debut novel from an exciting young writer. Eleanor Catton is a new talent who has arrived fully formed, with an accomplished, confident and mature voice. This is a startling novel, striking and strange and brave.’
—Louise O'Brien, Listener

‘Beautifully crafted and insightful, The Rehearsal is a delicious read. It leaves the reader’s senses and intellect utterly sated. But at the same time, silently craving more.’
—Jolene Williams, Salient