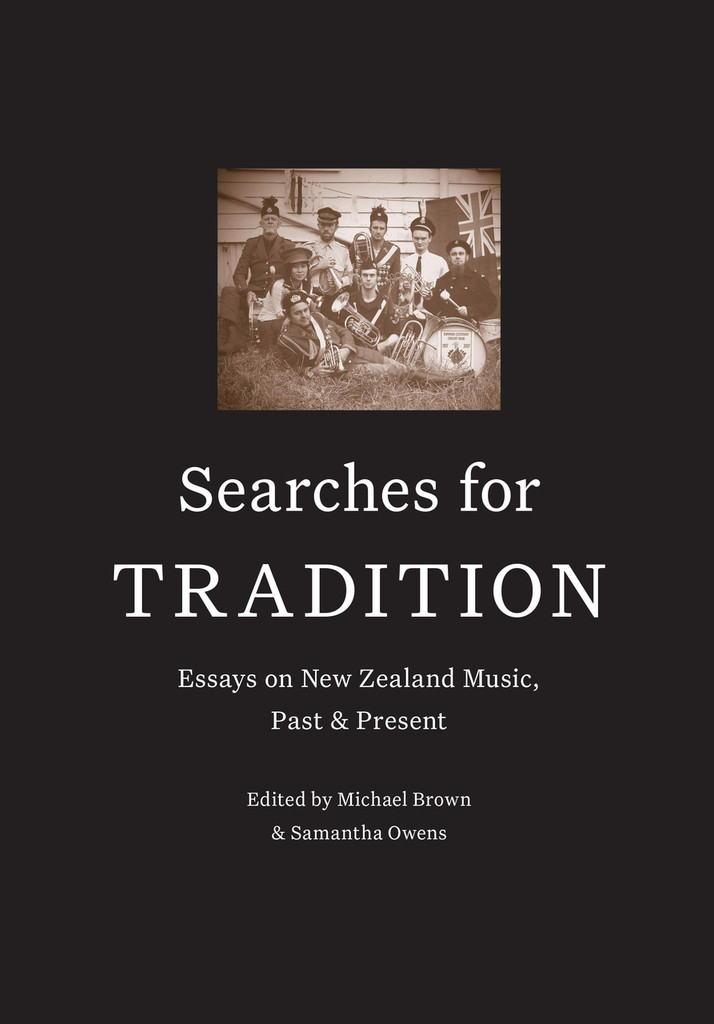 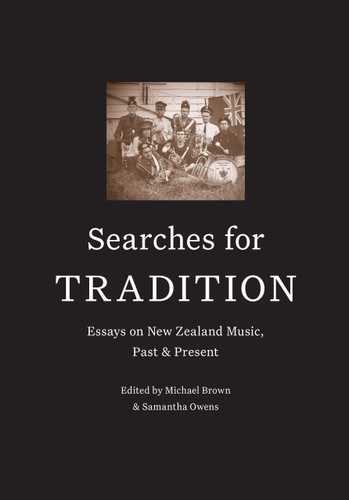 In Douglas Lilburn’s famous address to the 1946 Cambridge Summer School of Music, the composer described his ‘search for tradition’ in the music of New Zealand and spelled out his hopes that a distinctive art music might yet emerge here. Sixty years on, this collection of scholarly essays brings together various perspectives on what ‘tradition’ means in the context of the music of Aotearoa New Zealand.

Searches for Tradition presents case studies drawn from a broad spectrum of genres, cultures and historical periods, from investigations of New Zealand’s colonial music to fresh consideration of Lilburn’s legacy, from corners of the jazz scene to the contemporary revitalization of taonga puoro. The focus on ‘tradition’ leads in some instances to critical issues of nationalism and biculturalism, while others uncover little-discussed aspects of local music history, performance practice or composition. It will be stimulating reading for all enthusiasts of New Zealand music’s past, present and future.

Michael Brown is Curator Music at the Alexander Turnbull Library in Wellington.

Samantha Owens is Associate Professor of Musicology at Victoria University.

London, Leipzig or Local? – German Musical Influence and Proposals for the Establishment of a New Zealand Conservatorium of Music, 1906–8
by Samantha Owens

The Lilburn Legacy
‘Couldn’t It Have Been the Bagpipes?’: Douglas Lilburn’s Other Traditions
by Michael Brown

Lilburn vs Putney: What Price Tradition Now?
by Fiona McAlpine

Mai i te Pō, ki te Ao: The Reclamation of Taonga Puoro as a Living Treasure
by Awhina Tamarapa and Ariana Tikao

Going to Town in the Big Jam: ‘Official’ Jam Sessions in the 1940s and the Development of the New Zealand Jazz Community
by Aleisha Ward

Trad Respect: Manifestations of the Jazz Tradition in Wellington
by Nick Tipping

Epilogue
Aotearoa, Middle Earth or No Man’s Land: Lilburn and the Search for Identity
by Peter Walls