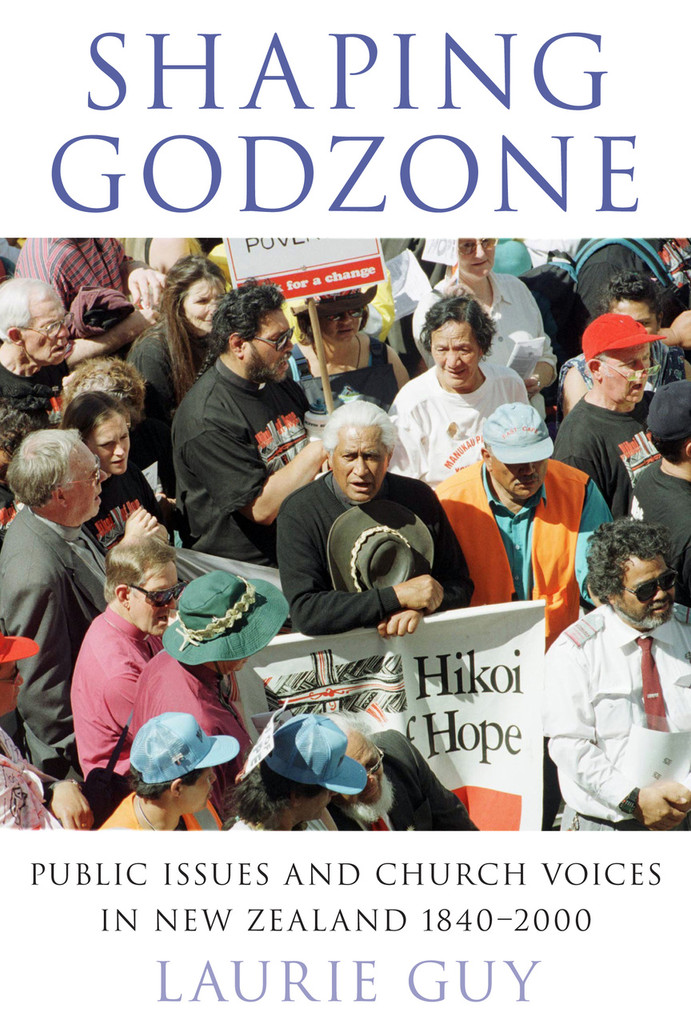 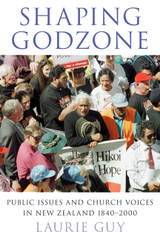 This ground-breaking book highlights the influence of the church in the shaping of ‘Godzone’ – Aotearoa New Zealand. It audaciously claims that the church has been midwife to the nation. Without missionary influence there would have been no Treaty of Waitangi and no New Zealand as we know it today.

In the nineteenth century church voices were nation-shaping on issues as wide-ranging as alcohol restraint, voting rights for women, the use of Sunday and the exploitation of workers.

In the last generation there were vocal church voices on the Vietnam War, a nuclear-free New Zealand and the 1981 Springbok Tour. On some matters church voices were deeply divided, over abortion and homosexuality, for example. On other matters the church ought to have spoken out, but largely failed to do so: against World War One and against racism in the hundred years after 1860. Church influence has now waned. It was, however, vocal for justice and dignity for the poor in the 1998 Hikoi of Hope. That final major act for the twentieth century is illustrated on the front-cover image, a reminder that the church voice still matters on public issues.

‘Churches as institutions, and Christians as individuals and groups, have made significant and often contentious contributions to shaping private and public morality and issues of social justice in New Zealand. Laurie Guy provides a lively account of Church and Christian involvement in a selection of these issues. These Christian voices and influences have often been relegated to footnotes in our historical writing or ignored altogether. This book persuasively argues that Churches and Christians were major players, not always successfully, in contributing to the public debates determining the shape of New Zealand society.’
—Allan Davidson

Dr Laurie Guy’s early life was formed as a farm boy in Bombay. His working life was successively that of lawyer, pastor, missionary and now lecturer in church history at Carey Baptist College. He is the author of four books including Worlds in Collision: The Gay Debate in New Zealand, 1960–1986 (2002).

Availability:
Out of Stock