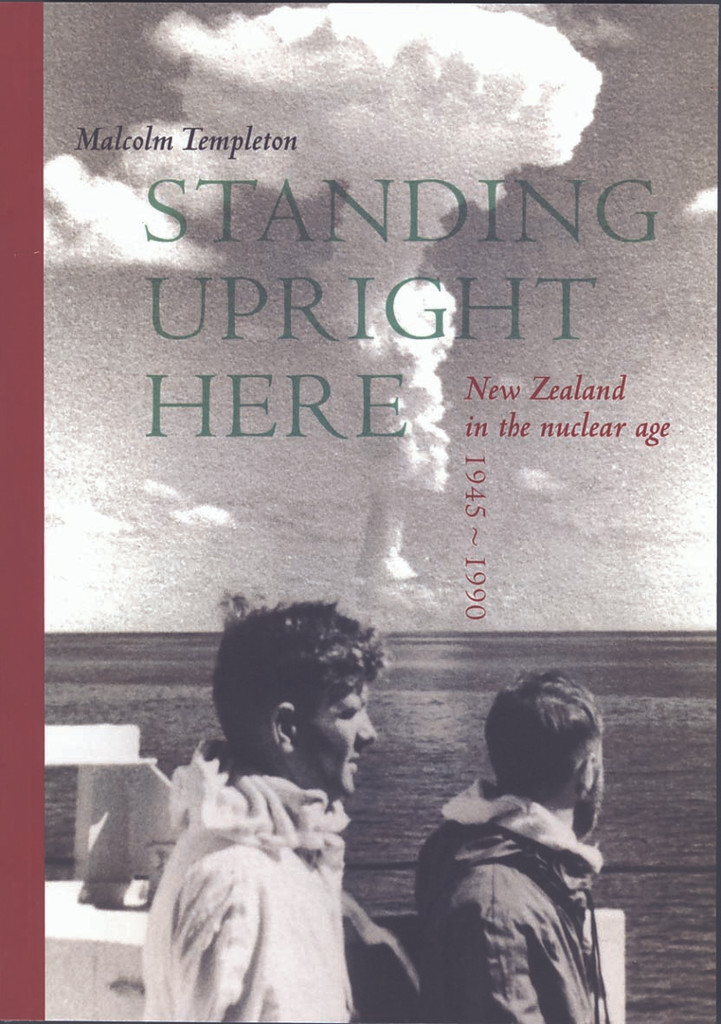 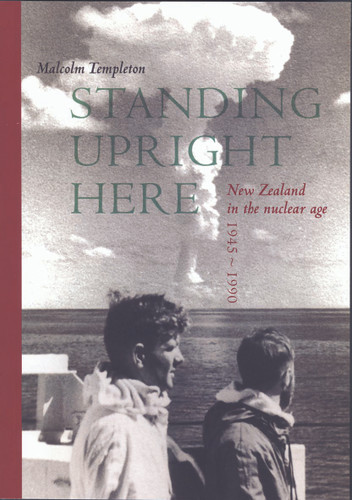 Not I, some child born in a marvellous year,
Will learn the trick of standing upright here
—Allen Curnow

The events described in this book span most of the period, from the end of the Second World War until close to the end of the century, when New Zealand began to think for itself, and stand on its own feet as an independent nation. It follows an important thread in the development of New Zealand foreign policy, in the contexts of intergovernmental negotiation and, as it must in a democracy such as ours, the expression of the popular will.

The story begins with post-War investigations of possible peaceful uses of nuclear technology in New Zealand, and proceeds through many of the issues that have galvanised society – US and British nuclear tests in the Pacific, confrontations with France, the South Pacific Nuclear Free Zone, nuclear-powered ship visits and ANZUS, the Nuclear Free legislation.

Praise for Standing Upright Here
‘First impressions suggest this is the kind of worthy and dense book few people will get around to reading. That would be a mistake and a great pity. Malcolm Templeton's history of 45 years of nuclear policy in New Zealand is a fascinating read, providing the inside story (based on official files) on issues that have stirred and motivated two generations of New Zealanders. ...The book is excellent: a gold mine of interesting material, it is readable and intelligent, and deserves much more attention than it has so far received.’
—Nicky Hager, New Zealand Books

‘This is an important book. Indeed it's a vital contribution to a better understanding of New Zealand's stubborn, lengthy and complex debate over the nuclear age and its impact on the Pacific. As a career diplomat and former Deputy Secretary of Foreign Affairs, Malcolm Templeton has impeccable credentials to write a sober, detailed history spanning the decades from the end of World War II. This an engrossing addition to the emergence of a distinct New Zealand voice in international affairs.’
—Christopher Moore, The Press

‘...Templeton's toil at the documentary coalface has provided an excellent foundation for further research and debate on this important issue.’
—Bob Rigg, Dominion Post

‘Malcolm, as you say in your preface, this is your fourth and last in what might be called a series of books on significant diplomatic issues since the Second World War. New Zealand’s pro-British stance at Suez, our evolving maturity over South Africa, the development of Antarctica policy, and now the Nuclear saga. You have, if I might say so, done them all well, thoughtfully and wisely. Those of us interested in the conduct of our foreign policy and those who will want to study these issues in years to come are in your debt. Thank you and congratulations.’
—Hon. Russell Marshall, launching Standing Upright Here

Malcolm Templeton is uniquely qualified to write this book. He is a former New Zealand Foreign Service officer, who held a number of senior positions, including that of permanent representative to the United Nations, and Deputy Secretary of Foreign Affairs. Since then he has drawn on official archives to record some major aspects of New Zealand’s diplomatic history, producing numerous papers and articles. His previous books have dealt with New Zealand’s pro-British stand in the Suez Crisis, the shift in our attitude to human rights and race relations in South Africa, and most recently on our Antarctic policy, A Wise Adventure: New Zealand in Antarctica 1920–1960 (2000) and A Wise Adventure 2: New Zealand & Antarctica after 1960 (2017). In 2003 he received the degree of Doctor of Literature from the University of Otago for his published work.

Picking Up the Traces: The Making of a New Zealand Literary Culture 1932-1945