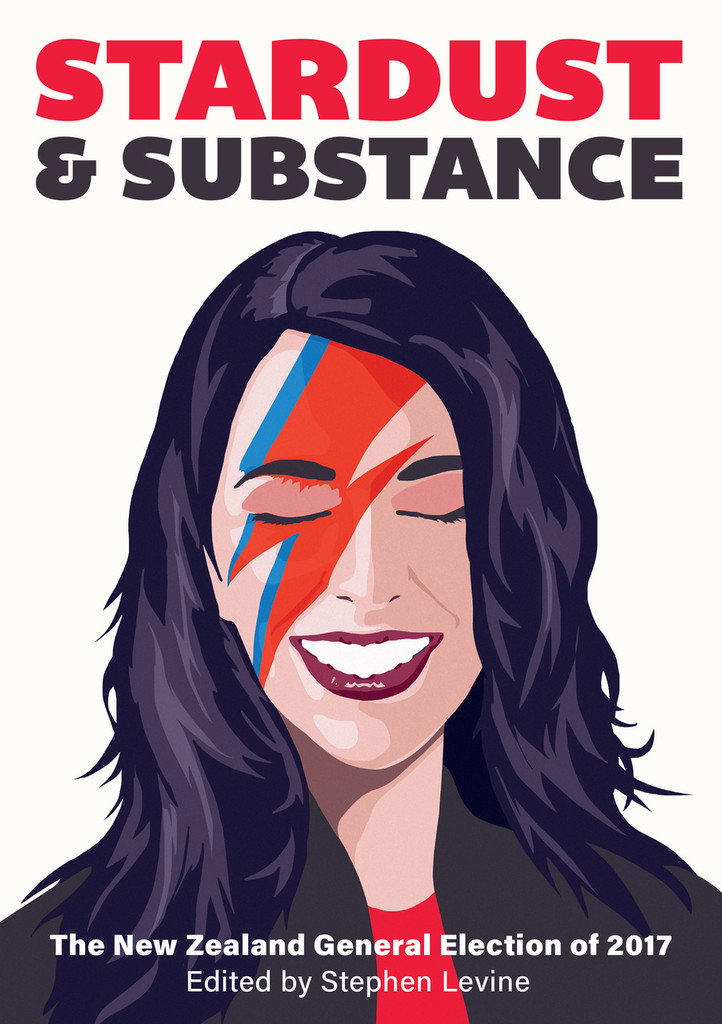 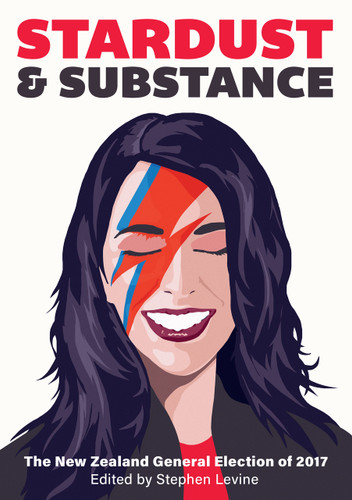 Stardust and Substance captures some of the magic of Jacinda Ardern’s extraordinary seven-and-a-half weeks’ campaign, defeating a National government in power for nine years.

The story of her sensational achievement – with ‘relentless positivity’ and a ‘Let’s do this’ attitude – is told in this book by multiple authors, including Jacinda Ardern herself; her coalition partners, Winston Peters and James Shaw; and, looking back at the 2017 race, by her adversary in the campaign, former prime minister Bill English.

The book portrays how a remarkable election looked:
•    to overseas observers in the U.S., Australia, Europe, Britain and Japan, attempting to understand ‘Jacindamania’.
•    to 14 of New Zealand’s top cartoonists.
•    to academic commentators, journalists and a TV news programme’s producer.

Stardust and Substance also farewells the Key-English government, examining its legacy with regard to some key issues:
New Zealand’s flag; the economy, housing, the environment, immigration, foreign policy and security.

Stardust and Substance is the latest title in a VUP series of New Zealand election studies allowing New Zealanders today and ‘in 20, 50 and 100 years’ time’ the opportunity to ‘think about what happened and why’ (John Key) at the country’s general elections.

Overview of the Election

The view from the UK
Tim Bale

‘Boom, Shake the Room’: Producing a political TV show in one of New Zealand’s most explosive election campaigns
Nicola Kean

Cartoonists and the 2017 election
Ian F. Grant and Hannah Benbow

Public policy and the legacy of the Key-English government

It is not just the economy, stupid ...
Girol Karacaoglu and Joey Au

The government and the media: Nine laissez-faire years
Gavin Ellis

The Campaign, the Results and the Formation of the Coalition

Scandals, transgressions and embarrassments in the 2017 election
Ellie Argyle

Did the Māori electorates decide the election?
Morgan Godfery

Baubles of Office, The: The New Zealand General Election of 2005