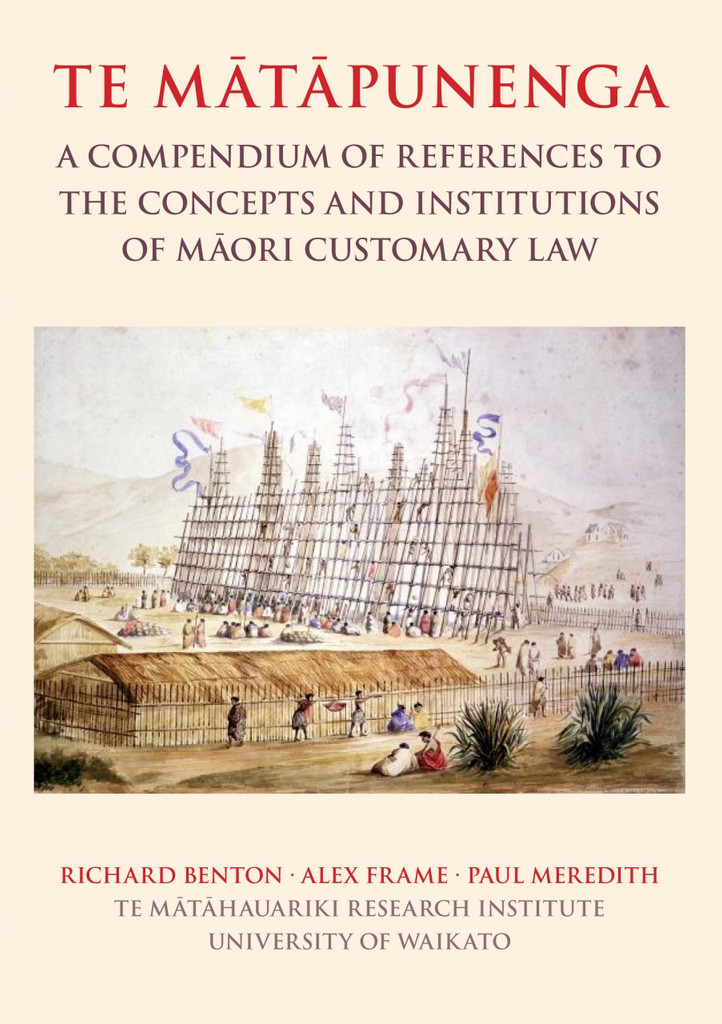 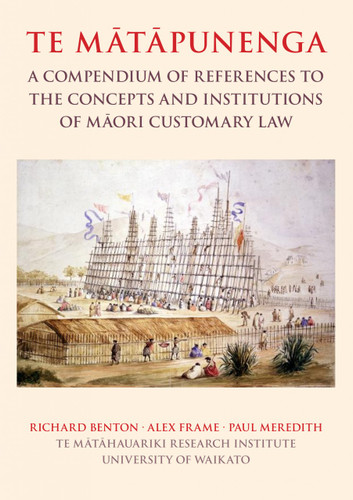 Te Mātāpunenga: A Compendium of References to the Concepts and Institutions of Māori Customary Law

For New Zealand to have a legal system that reflects the best of the values and principles of its two major component cultures, the historical legal practices of both need to be understood. In comparison with the British legal system upon which New Zealand’s system is based, information about the nature and status of Māori customary law has been sparsely documented. To address this imbalance, the research institute Te Mātāhauariki has assembled a collection of references to customary Māori legal concepts and institutions from an extensive range of sources. Te Mātāpunenga is the result.

Unlike any dictionary, it is not confined to words and a technical account of their meaning and derivation. Te Mātāpunenga sets out the terms and concepts of Māori customary law as they are recorded in traditional Māori accounts and historical records, along with modern interpretations of the terms and concepts, the contexts for their cited uses, etymological information, regional differences, and the manner in which customary concepts have been recognised or modified by the legislative and judicial branches of the New Zealand government since 1840. It provides a context for each recorded use, making Māori language and concepts accessible to scholars, officials, and the general public alike. Te Mātāpunenga provides an authoritative point of reference for those wishing to engage in the ongoing public discourse on the future shape of the legal system of our country.

Compiled, edited and introduced by Richard Benton, Alex Frame, and Paul Meredith for Te Matahauariki Research Institute at the University of Waikato.

Dr Richard Benton was an Adjunct Professor at Te Mātāhauariki, and is now an honorary lecturer in Te Piringa/Faculty of Law at the University of Waikato. He has written and lectured extensively on language policy and on aspects of the history and vocabulary of Māori and other Austronesian languages.

Dr Alex Frame is a barrister and honorary Professor of Law at Te Piringa/Faculty of Law at the University of Waikato, and former Director of Te Mātāhauariki. His previous books include the prizewinning Salmond: Southern Jurist (1995), and Grey & Iwikau—A Journey into Custom (2002).

Paul Meredith is of Ngāti Maniapoto and Pākehā descent, and was a Research Fellow at Te Mātāhauariki. He currently holds the position of Pou Hautu at Victoria University of Wellington.