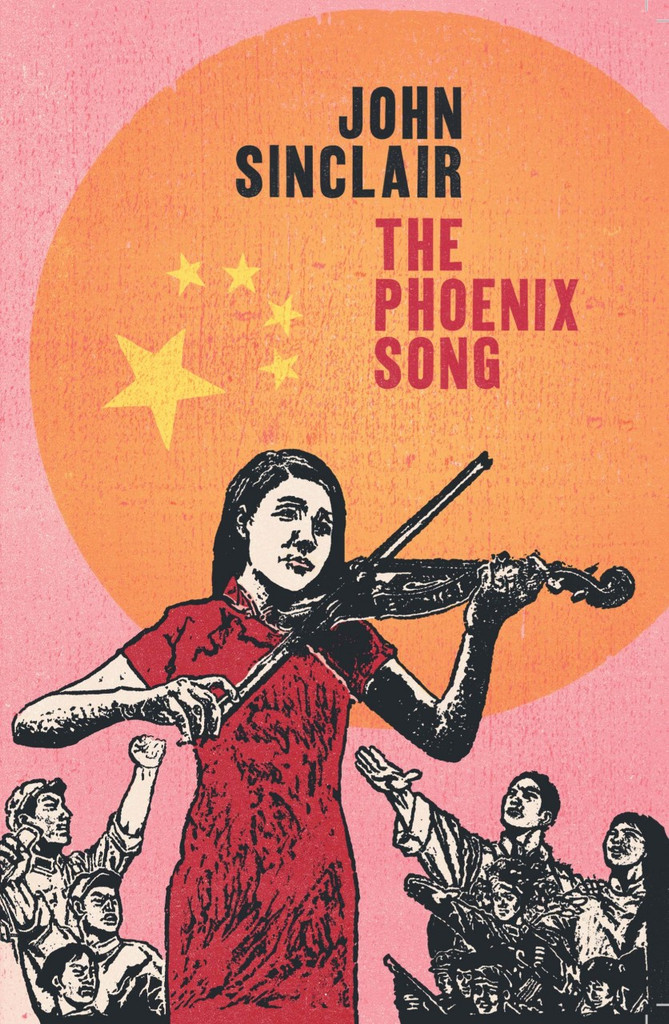 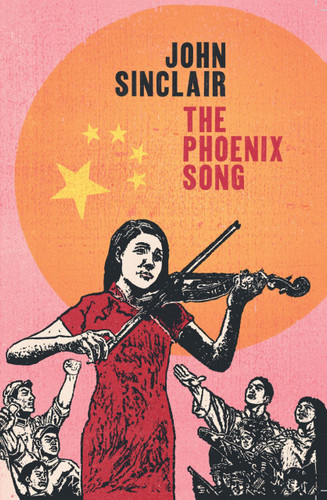 October 2012 FOR A HIGH RESOLUTION IMAGE OF THE COVER, CLICK HERE

A young violin prodigy grows up in Harbin and Shanghai amidst the absurd and often deadly politics of mid-century China. Under the dual influences of her revolutionary parents and the White Russian intellectuals who are her tutors (and who provide her with a link, personal and tragic, to the composer Dmitri Shostakovich) she is drawn into a precarious world of ideology and espionage where music must serve not only ‘the masses’, but also the unpredictable whims and grand strategies of great leaders. Moving between China, Europe and New Zealand, the young protagonist learns how music and its artefacts link individuals across time in a chain alternately transcendent and tragic, and encounters the compromises that talent, fate and family force upon her.

‘The Phoenix Song is a major work, meticulously researched, mostly credible, and with a special historical fun moment reprised - a performance of a new Chinese violin concerto in the presence of the Russian leader, Premier Khrushchev, that is a rip-off of a Shostakovich composition. Music lovers will also appreciate the author's talent for describing how performers live with and for their music.’
—Ian Williams, Otago Daily Times

‘In The Phoenix Song, you are in the hands of somebody whose narrative drive and grasp of history are impeccable.’
—Nicholas Reid, NZ Listener

John Sinclair was born in England in 1962, and has lived in New Zealand since the age of seven. He studied literature at Otago University, is a graduate of Victoria University's creative writing masters programme, and has worked as a political speechwriter, a Treasury official, roving public policy consultant and yoga teacher. In 1995 he lived in Harbin, China, as a Visiting Fellow at the Heilongjiang Academy of Social Sciences, courtesy of the Asia Foundation of New Zealand. He lives in Wellington with his wife and son. This is his first novel.

John Sinclair, with his first novel The Phoenix Song, has created something of a challenge for readers. The story is densely packed with the history of relations between Russia and China and at times this can be overwhelming. He also introduces just enough authentically named Chinese and Russian characters to make it difficult, but not impossible, to remember who they are. We are helped by his decision to include a contents page and chapter headings to signpost some of the shifts in time and place. I had the feeling he could have made it even more complex, and the novel he has given us is a judgement call. It already takes a dedicated reader to commit the concentration required; if he had gone any further he might have lost us all. The commitment and concentration required to get to grips with The Phoenix Song, however, certainly has its rewards. Told through a first person narration by Xiao Magou, starting in 1950, a year after the establishment of the People’s Republic of China when she was eight years old, the story reveals remarkable aspects of life in the young nation. With a father who is a party official, the young Xiao’s musical talent is quickly recognised and cultivated, but ever present throughout her story is the all embracing power of the party and the extreme control it exercised over the population. Entangled in Xiao’s story is the complexity of Chinese-Russian relations, with secretive negotiations about treaties and personal relationships; the Russians feature heavily in Xiao’s early life, and her parents’, as well as at the Shanghai Conservatory where she studies violin. The book does have its lighter moments, usually when the Russians are involved. Sinclair has great technical control of the words on the page, and effortlessly moves into dialogue and flashback when relating events that Xiao witnesses, as well as stories she hears from her mother, or imagines when looking at photographs. Some of the exchanges between the Russians at the Shanghai Conservatory are, while not exactly laugh out loud, highly amusing. There’s a darker side to the humour as well. Some of the decisions by the Party in relation to musical development in China would be, if they weren’t true, laughable. The demands on citizens to be productive, to labour, in culture as well as the fields and factories, seem absurd to our modern day understanding of creativity. The idea of quotas for symphonies and songs, as if they were tonnes of pig iron, is remarkable. The arbitrary decisions on which western composers are suddenly in favour, and those that are to be discarded, are equally astounding. When students at the Conservatory have to suspend their studies for days just to attack Debussy and his work, to burn his scores, we’d like to think it is purely fiction, but we know it isn’t; Sinclair has done his homework. The story has an arc which is relatively predictable. Sinclair is a New Zealand writer, and the book is published by Victoria University Press. The promotional paragraph on the cover tells the story moves between China, Europe and New Zealand. It doesn’t take much thinking to work out what is going to happen, especially when Sinclair drops in the occasional paragraph to make sure we know Xiao is telling the story from a point a long way into the future. Nevertheless, the way he weaves together the events is skilful and accomplished, and creating a consistent and convincing voice on the page for a young Chinese girl in the 1950s is quite an achievement. Sinclair has produced an interesting and technically accomplished novel, but it didn’t engage me quite as much as I’d hoped. Using the first person to relate a mostly chronological story means sometimes the narrative drags. Xiao consistently relates details of what she sees in a colourful way, painting a picture of her surroundings for the reader, but its does tend to slow things down. There are moments of excitement and tragedy, but Xiao is emotionally cold. There’s a reason for this, but I had hoped to see more of her feelings. The Phoenix Song is a book about a world so different to ours it demands to be read. Music and freedom (or its absence) are its themes, and it reveals frightening truths about the role these played in determining the future of twentieth century society. Xiao’s young life touches decisions and people – Mao Zedong, Deng Xiao Ping, Khrushchev – at the highest level of geopolitics. It might not be as emotionally engaging as I had hoped, but it is certainly a book worth reading. Whether John Sinclair is contemplating writing a second volume of Xiao’s story I don’t know – it will be obvious what this should cover once you’ve read The Phoenix Song – but I would certainly be near the front of the queue if he does.

Flight of the Phoenix: Notes on NZ Writers

Songs and Stories of Tokelau

Song of the Ghost in the Machine