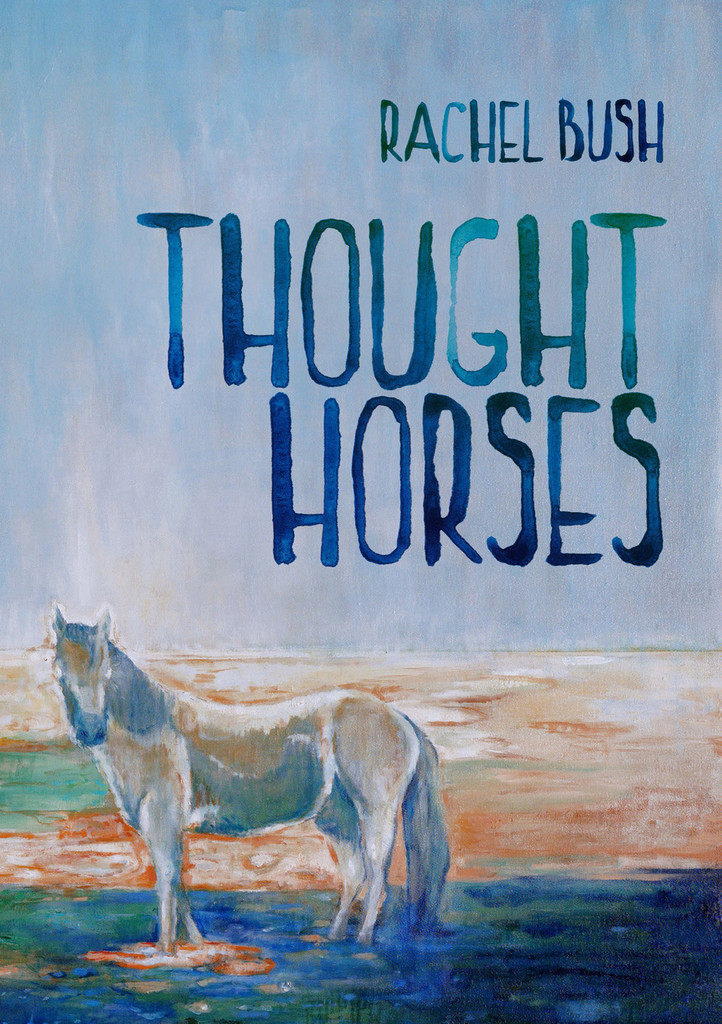 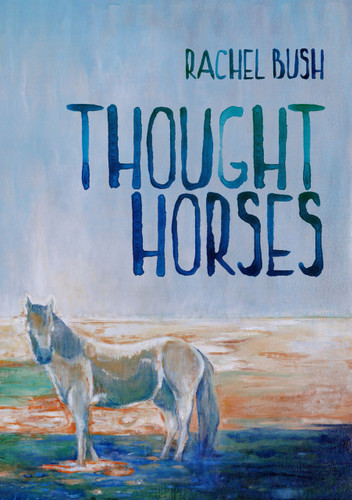 You think of the Brighton Rock film where Helen Mirren still manages to look like Queen Elizabeth, especially when she wears a headscarf.

You think of the poem you wrote about leaving a house, and how houses we have owned will come back to us in dreams.

You think about taking your computer into the next room.

You think maybe you ought to try to sleep.

You think you should just think about your breathing. You do this for several breaths until the thought horses ride over and look at you and you turn to them with their big protruding eyes and you forget about the movement of your breath.

Rachel Bush’s distinctive, haunting poems acknowledge the consolations and undoings of thought. In Thought Horses we encounter a speaker who – as she is stepping outside, or googling an old friend, or lying awake too early – is sometimes lifted up, and sometimes overtaken by thought. A beautifully wrought new collection by the author of The Hungry Woman (1997), The Unfortunate Singer (2002), and Nice Pretty Things (2011).

‘It’s nice to know that I can still stumble across New Zealand writers who I’ve never read and fall in love with their writing.’
—Sarah-Jane Barnett

Rachel Bush (1941–2016) was the author of four poetry collections, Nice Pretty Things (2011), The Hungry Woman (1997), The Unfortunate Singer (2002) and Thought Horses (2016). She appeared in Faber’s Introduction 3 as well as in anthologies and journals such as Sport, Landfall and The New Zealand Listener. Until 2003 she taught English at a secondary school in Nelson. Rachel passed away in March 2016, one month before the publication of Thought Horses. The collection was longlisted for the 2017 Ockham New Zealand Book Awards.