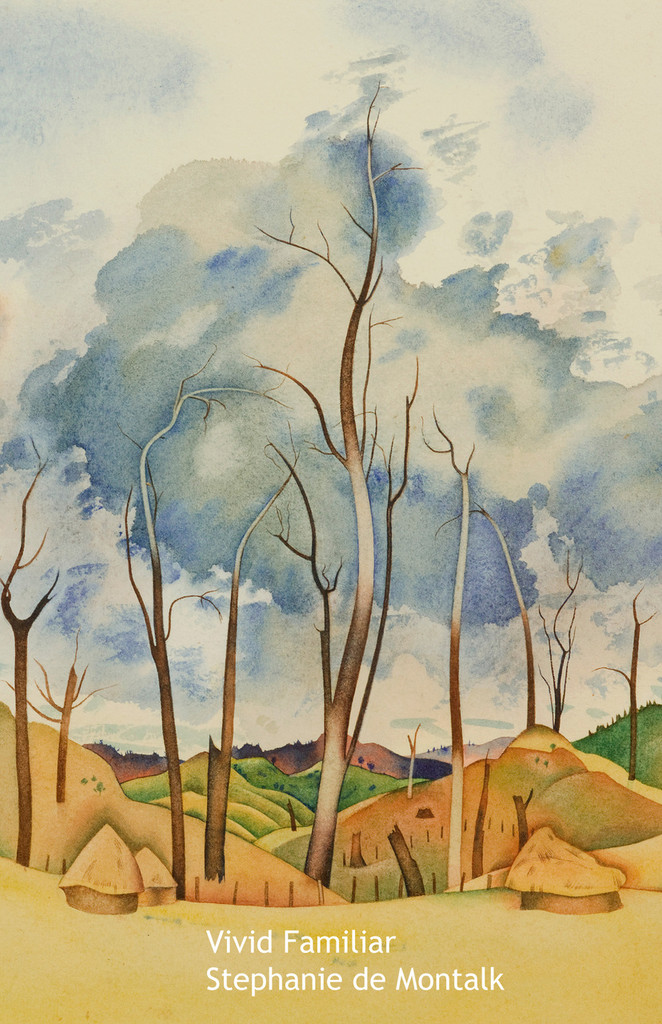 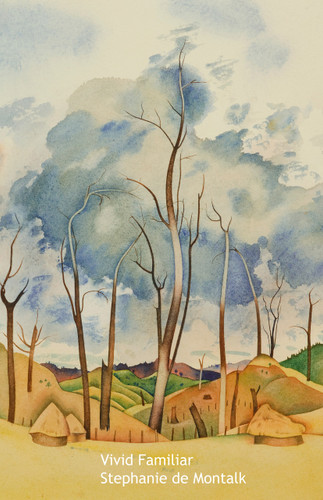 Vivid Familiar is a book of journeys. At its centre is the astonishing ‘Feathers and Wax’, in which the housebound poet is taken away by an airship that pulls up at her kitchen window. Other poems explore the long journey of the early European settlers of New Zealand, notions of distance and belonging, dislocation and constraint. But equally important are the arrivals, and the ‘vivid familiars’ that sustain the spirit.

Praise for Vivid Familiar
‘Dark intoxicating poems duck and weave between multilayered thoughts, confounding expectations - but always retaining a cheeky, charming common sense. A reader would enjoy a brief trip to Everest and hang around the Wishing Tree, a bit different from Enid Blyton's version. At its centre, 'Feather and Wax' is a nine-part, 15-page poem that hits the right notes. De Montalk is enlightened and it comes through in her poems.’
—Hamesh Wyatt, Otago Daily Times

‘Vivid Familiar represents the work of a writer unafraid to use her intellect to approach themes that enthrall her.’
—Paula Green, NZ Herald

‘Language keeps pace with this frolicking adventure that sees the poet juxtapose words and phrases in the most flamboyant, energised and startling of ways. A real tour de force.’
—Peter Dornauf, Waikato Times

Stephanie de Montalk is the award-winning author of three previous collections of poems; The Fountain of Tears, a novel that imagines the narrative behind Pushkin’s great poem of impossible love, ‘The Fountain at Bakhchisaray’; and Unquiet World: The Life of Count Geoffrey Potocki de Montalk, which was published to acclaim in 2001 and has been translated into Polish. Stephanie's most recent publication is How Does It Hurt? (2014), a memoir and study of chronic pain. Described by Damien Wilkins as ‘groundbreaking and riveting and beautiful’, the work was published to critical and medical acclaim, and received a Nigel Cox Award at the 2015 Auckland Writers' Festival. Stephanie was the 2005 Victoria University Writer in Residence, and she lives in Wellington.