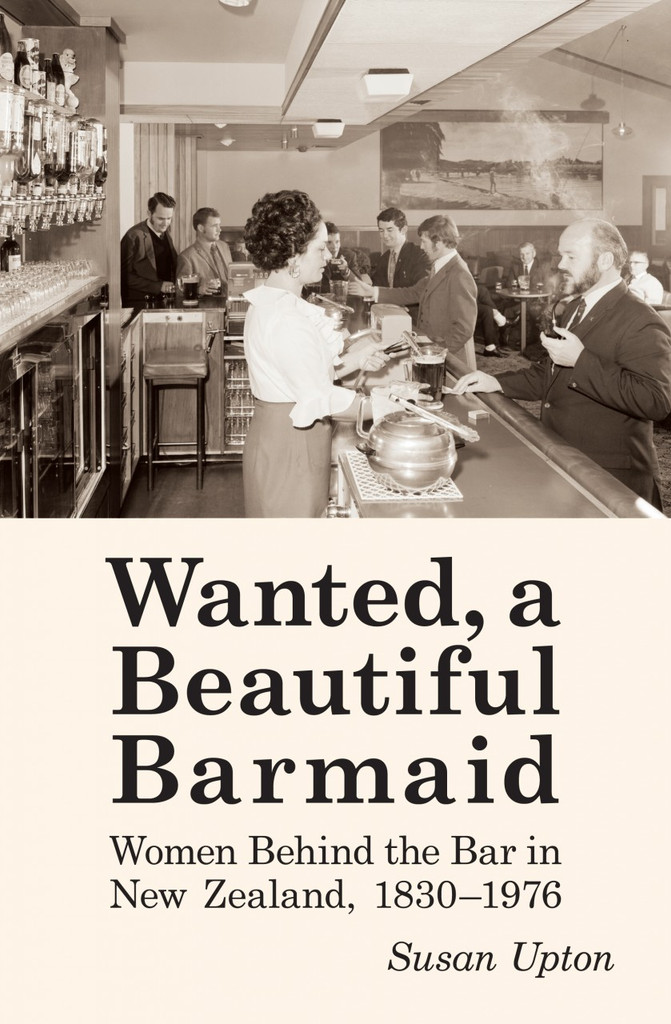 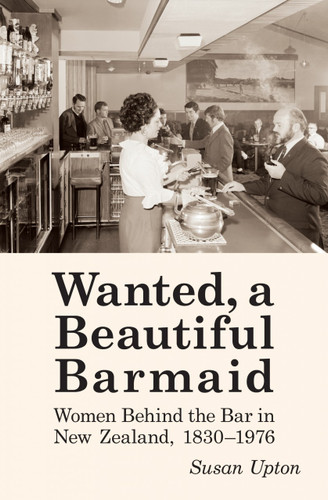 Wanted, A Beautiful Barmaid explores a side of New Zealand pub histories that has remained largely invisible: the women who poured the drinks.

Women in the New Zealand liquor trade have been the subject of scrutiny and condemnation since the first grog shops sold rum to sailors in the 1830s. Barmaids were alternately presented as ‘sirens who led men to drink’ and innocent maids at risk of moral degeneration. By the 1880s a growing number of New Zealanders believed that the job of publican – or worse, barmaid – was not a suitable occupation for a woman and in 1910, parliament voted to prohibit the employment of barmaids – a law that lasted until 1961.

Wanted, A Beautiful Barmaid is a social history of women in the liquor trade and the controls, social and legal, written and unwritten, with which they had to contend. It begins in the 1830s when control over the sale of alcohol was first mooted and ends in 1976, when the last of the regulations that applied specifically to females was removed.

Sue Upton was raised in Hawke’s Bay. She has worked as a librarian in Dunedin, Auckland and in Wellington at the Alexander Turnbull Library. For many years she worked as a researcher for the Dictionary of New Zealand Biography and the Historical Branch of Internal Affairs. After completing an MA in 1994 she decided it was time to give up doing research for other people and embark on a book of her own. Wanted, A Beautiful Barmaid is the result.